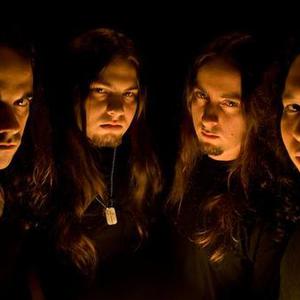 Abysmal Dawn plays aggressive modern death that combines some of the best elements of both black and thrash metal. The band seamlessly blends the catchiness and technicality of early 90's American death, with ample doses of atmosphere, melody and the brutality of their contemporaries. Pain ridden death growls, complex drumming and soaring leads. Hailing from Los Angeles CA, Abysmal Dawn was formed in late-2003 after Charles Elliott's (guitars/vocals) departure from the long running local blackened/death act Rise.

The bands first three song demo was released in October of 2004. It garnered the band critical praise within the underground metal press circuit, as well as earning them some high profile gigs. 2005 saw the band playing alongside some of metal's most elite acts such as Exodus, 3 Inches of Blood, Krisiun, Incantation, Hate Eternal, Into Eternity, Exhumed, Aborted, Disgorge, Impaled, Crisis and Decrepit Birth, to name a few.

In November of 2005, Abysmal Dawn entered Shiva Industries in Santa Ana to start work on their debut release entitled From Ashes . For the recording, the band enlisted the help of longtime friend and live bassist, Mike Bear (Ex-Prototype, Artisan) to fill in the bottom end. The result is nine songs that pay special attention to not only brutality, but song craft as well. Engineered by John Haddad (Eyes of Fire, Phobia) and graced with the stunning artwork of Par Olofsson (Deeds of Flesh, Psycroptic).

Leveling The Plane Of Existence