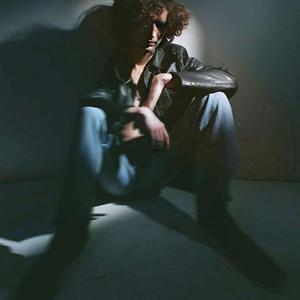 1. Dov is the person behind many of the past decades most dynamic underground labels incuding his own imprint: Muti Music, which has itself help define a whole new sound of the west coast. Dov's music / DJ sets, ranges from urban bass driven breakbeats, mid-tempo, chill or crunky dancefloor bits to chunky four to the floor tracks that often still manage to sound a little broken with a somewhat 'garage' feel to them.

Dov first production on vinyl surfaced in 2002 and has since had multiple remixes and more recently solo outings, he produces as ?Dov' and has a collaborative production project with An-ten-nae as ?D 'n A?, with ill.Gates and also one with ?Walter van Heerden' as ?6C?.

Dov began performing electronic music in 1996 as both a DJ and doing ?chill' sets with his Groovebox 303 and has become known as an urban futurist pushing multiple genres usually with bass heavy beats DJing around USA, Australia, in the EU and South Africa. He is a regular headline performer and has been also featured alongside many luminaries of dance culture.

Dov has been one of San Francisco's mover and shakers in the electronic scene for the past decade, related production and company projects that Dov has founded / worked on include: Fusion Festival and monthlies, Eyephunk, ?ig-nite?, Radio-v, Digital Be-In, Muti Music, 1015 Folsom, Subalicious, Shattered, Beats without Borders, multiple ?one-off' nights, Summer Music Conference and Cyberset Music & Media.

2. Dov - is the other Dov who makes New Age / Chillout music, not the same Dov that makes electronic dance music.