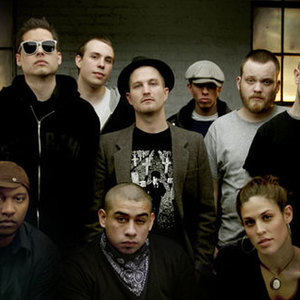 Doomtree is a hip hop collective based in Minneapolis, Minnesota. Members of Doomtree bring various bases of knowledge and musical backgrounds together to create honest and original music. Their main influence is punk and their lyrics are frequently introspective and self-deprecating. They often do shows with fellow Minnesota hip-hop label Rhymesayers Entertainment. Emcees perform solo or with one another, each contributing a different approach to their music. Emcees

Emcees
* P.O.S. has released three albums under the Rhymesayers record label in conjunction with the Doomtree label. His first album, Ipecac Neat, made its Rhymesayers debut in 2004. His next album Audition released in 2006. His third release, Never Better was released in February 2009.
P.O.S is the de facto leader of the group. He also performs with the punk rock group Building Better Bombs.
* Sims released his first full length album in July 2005, Lights Out Paris. He also released False Hopes 14 in 2009. In 2011, he released Bad Time Zoo to critical acclaim.
* Dessa released one of Doomtree's several False Hopes albums and often performs live with violinist Jessy Greene (who is featured on P.O.S's Audition). She is an accomplished spoken word poet. In January 2010, she released her first solo LP, A Badly Broken Code. 2011 brought Castor, The Twin, which was a re-imagining of many of the tracks from A Badly Broken Code, utilizing a live band.
* Mictlan has released Doomtree False Hopes albums Deity for hire and Deity for Re-hire. In 2008, Mike Mictlan and Lazerbeak released their album Hand Over Fist
* Cecil Otter released Hung Over-seas, a Doomtree False Hopes album in 2003. He was also a finalist in a national spoken word competition inspired by the 2004 presidential election. He released another album, simply titled Cecil Otter's False Hopes, in 2005. In 2006 Cecil Otter released his new full length album Rebel Yellow. He is also signed to Strange Famous Records.