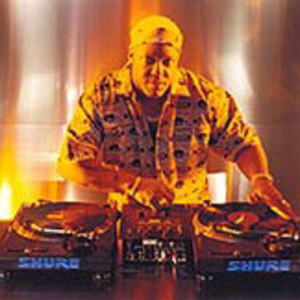 Michael Hampton, aka DJ Magic Mike, is a Miami Bass/Hip-Hop producer and scratch DJ often credited with being one of the first major turntablists. (He should not be confused with the Los Angeles area D.J. who went by Magic Mike and hosted his own show on KJLH.) The native of Orlando Florida first made his mark during a brief stay in Miami, becoming greatly inspired by 2 Live Crew's DJ/producer Mr. Mixx.

The native of Orlando Florida first made his mark during a brief stay in Miami, becoming greatly inspired by 2 Live Crew's DJ/producer Mr. Mixx. There at a rap music seminar, he met up with Suntown Records producer/rapper Rod Whitehead, an active producer who's home studio was ground zero for many aspiring Hip-Hop/Bass acts. Rod and Mike teamed up long enough to produce the song "Get Up On This" in 1987 for Suntown, but Mike refused to sign a deal with the label's owner, Edward Meriwether. Leaving the label and Rod behind meant the song would be left on the shelf indefinitly.

Mike was then heard scratching on the radio by Beatmaster Clay D, a Miami Bass producer working closely with rappers MC Cool Rock and MC Chaszey Chess and Rock Force Records. Clay D hired Mike to be the scratch DJ for the act, and as a result, stepped up to the plate as co-producer for many of the group's songs, including the 1987 hit "Creep Dog". Rock Force Records was acquired by Vision Records shortly after, moving Mike and Clay to a new label.

After wrapping up the Cool Rock and Chaszey Chess sessions and a number of side projects, Clay began work on a album as Beatmaster Clay D, Prince Rahiem, and DJ Magic Mike, but only after one single hit the market (Rock the House/Ugly People Be Quiet), friction grew and Mike left the outfit. He was replaced by DJ Doc Fresh, although, the 1988 album was largely produced by Clay and Mike as Mike went uncredited.

Mike returned to his hometown of Orlando where he met Tom Reich who was getting his Cheetah Records imprint off of the ground. Signing a deal as both producer and featured artist, he assembled a roster of rap groups, including Vicious Bass, a Miami based group who had one song produced by Clay D with Mike's help only months earlier. The result of this was Mike's debut album, "DJ Magic Mike and the Royal Posse" in 1989. The success of this album rested largely on the fact that Miami Bass and Hip-Hop had recently been discovered by the suburban market, shifting focus from singles for club play to full-length albums in tape format for car play.

Mike followed up this with a landslide of success with 1990's album "Bass is the Name of the Game", the first full on unfettered Miami Bass album. The success of this album shifted the entire Miami Bass industry to follow suit, eventually spawning the car-audio bass market that lasted throughout the 1990's.

Next, Mike began working closely with Vicious Bass's rapper MC Madness, producing their debut album "Back to Haunt You" in 1991, and "Ain't No Doubt About It" as a duo later that year. Both albums showed the Miami Bass element diminishing in favor of a Bomb-Squad styled Hip-Hop sample collages.

In 1992, he produced rapper T. Issaam's "Southern Hospitality", a somewhat political Hip-Hop album, followed in 1994 with solo car audio bass albums entitled "Bass Bowl" and "Bass Is How It Should Be Done" in 1995. In 1996, he teamed up with reigning king of the car audio bass scene, Techmaster P.E.B., to record "Back in Bass", but that same year he attempted to break free from his Bass stigma with his solo effort "Don't Talk Just Listen". His relationship with Cheetah Records ended shortly after this.

In 2000, he began working closely with Mo Wax Records, releasing the triple single "Bass Joint/Booty Joint/DJ Joint", revisiting some of his classic material alongside new. His stint with Mo Wax culminated that year with the full length "The Journey (Era Of Bass Part 1)". This was followed by that same year by the solo album "Magic's Kingdom" on a new label.

In 2005, he returned with the Florida Breakbeat styled single "Cowbell" based on the Saturday Night Live skit.

The Journey (Era Of Bass Part 1)

Bass Is How It Should Be Done

Represent (With The Royal Posse)

Bass Is The Name Of The Game