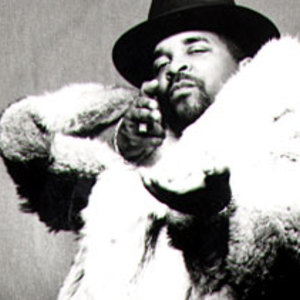 Born Anthony Ray in Seattle on August 12, 1963, Sir Mix-a-Lot is the champion of north-west-coast hip hop. Where there was previously no scene, he created it with fun, bass heavy tracks that got your booty shakin'. Indeed, booty shakin was the intention - Mix-a-lot's career track was "Baby Got Back" a groovy cut about thick booty that topped bill board charts and signalled the high point of his career.

Notable favorites; "Posse On Broadway" (rapping about a street in Seattle, not NY) - his first hit with some MTV air play. "Testerossa" a comparison of his lyrical power to the cars horsepower & "Swap Meet Louie" a comical look at conterfeit goods (Louis Vuitton) being sold at swap meets and night markets. Mix-a-lot created his own label and worked his songs from the ground up. He never achieved the same popularity, but his songs remain fun and bring us back to the late 80s and early 90s with beat-boxing and old-school scratching.