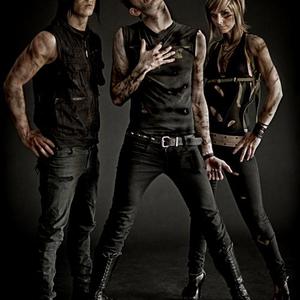 Dismantled is the sole product of Gary Zon whose unique blend of progressive electro-pop rock has crossed boundaries, meshing everything from the pop of Paula Abdul to the grind of Nine Inch Nails into a sonic attack like no other. The band's quick critical acclaim from fans and reviewers alike has found them a home on Metropolis Records, one of the biggest electronic alternative labels in the US featuring artists like Mindless Self Indulgence, Bauhaus, and VNV Nation, just to name a few.

Formed in late 2000 as an experiment, the project became successful when introduced online with its over-processed vocals and intense melodic sequences. In only a short year, Dismantled was signed to both Metropolis Records in the US and Dependent Records in Europe and released the single "Dystopia" and the self-titlted album to highly positive reviews, hailing Dismantled as the newcomer of the year and as "Album of The Month" in three major German alternative magazines: Zillo, Sonic Seducer, and Orkus.

After a series of shows in the Northwest with such acts as Pigface, Hanzel und Gretyl, and Dita Von Teese, the end of 2003 saw the release of the Exit EP on Dependent Records, a somber ballad with clear vocals and a memorable piano. Included were a haunting cover of AFI's Morningstar approved by Davey Havok himself and a remix by Christian Antkow of id Software (Quake, Doom series), both long-time fans and supporters of the project. The full-length, PostNuclear, followed in 2004, upgrading the sound to be more rock-oriented and unusual with its mesh of pop and moody electronics, earning praise from industrial legends Rudy Ratzinger from Wumpscut and Daniel Myer of Haujobb.

To fully realize the vision of PostNuclear, the band set out on its first nationwide tour in 2004 with Adrian White on drums whose previous work included Delerium, Front Line Assembly, and Strapping Young Lad. The success of the tour had prompted the release of the third album in 2006, titled, Standard Issue, a sarcastic take on the simplicity and emptiness of the current musical climate. Finally getting to play in Europe at the Wave Gothic Festival after Standard Issue commercially failed in the US yet succeeded in Europe, Dismantled recorded one more album for the closing label Dependent titled "When I'm Dead," slated for 2007 and parted ways with Metropolis Records. As a result, Gary Zon is busy pursuing other projects, including the indie pop rock electro outfit Aerodrone and the female fronted electro / synth / rock band No Not Never.

Thanks for Everything (CDM)