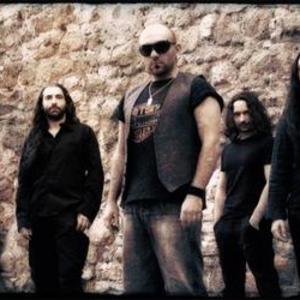 The classic trademarks of this Italian progressive-metal band are catchy melodies, explosive riffs, choir harmonies and a powerful rhythm section. As for comparisons, they sit comfortably with the likes of Dream Theater, Symphony x and Vanden Plas. They went through a series of personnel changes and at last count, the band consisted of vocalist Titta Tani, guitarist Diego Reali, bassist Andrea Arcangeli, drummer Fabio Costantino and keyboard player Fabio Sanges. They have released six studio albums since 1994, including a mini cd.

Their best material can be found on their later albums "Wings of Time (1999), "Dreamland" (2001) and "Hidden Place" (2003). All three feature excellent melodic progressive-metal, great musicianship, walls of keyboards and some powerful and catchy vocals from Titta Tani. It is still too early to comment on their latest cd "Misplaced" (2004), as it had just been released at the time this bio was written.

Aggressive, melodic and progressive, DGM is a fun progressive-metal band with a pleasant neo-classical flavor. Their material will certainly appeal to fans of Dream Theater, Symphony x and Vanden Plas.

Synthesis: The Best Of DGM