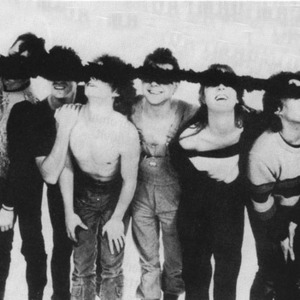 Biography Even for aficionados of European avant rock of the '70s and '80s, certainly a specialized batch of listeners, the Swiss ensemble D?bile Menthol could be considered a cult band. One might think that their rather user-friendly brand of avant-gardism would have led to a reasonably sizable audience, but alas, that was not to be the case. Nevertheless, several bandmembers persevered during the following decades straight into the 2000s...

Even for aficionados of European avant rock of the '70s and '80s, certainly a specialized batch of listeners, the Swiss ensemble D?bile Menthol could be considered a cult band. One might think that their rather user-friendly brand of avant-gardism would have led to a reasonably sizable audience, but alas, that was not to be the case. Nevertheless, several bandmembers persevered during the following decades straight into the 2000s, and the music of these artists -- while remaining known only to a small audience worldwide -- remains some of the most engaging and satisfying blends of the modern and traditional to be heard anywhere.
Forming in Neuchatel, Switzerland, the first incarnation of D?bile Menthol featured a nine-person lineup on saxophone, violin, clarinet, guitar, bass, keyboards, percussion, drums, and vocals, a somewhat unwieldy crew of multi-instrumentalists who performed in a Rock in Opposition-influenced style. In fact, the band released its first album, Emile au Jardin Patrologique (recorded in Kirchberg, Switzerland, in October 1981) as the first vinyl LP of the Zurich-based RecRec Music, affiliated with the British Recommended Records label founded by Chris Cutler in 1978. While incorporating experimental elements informed by such RIO bands as Henry Cow, Univers Zero, and Art Zoyd, Emile au Jardin Patrologique also revealed D?bile Menthol to be a group with a decidedly lighter and even fun-loving approach, perhaps akin to another RIO band, Sweden's Samla Mammas Manna. But in fact, one might also hear the influence of new wave party bands in D?bile Menthol's multi-layered yet high-spirited music -- imagine a mash-up of Henry Cow and the B-52's, as hard as that might be to fathom.

It would take three years for D?bile Menthol to record and release their second album, 1984's Battre Campagne, the sixth disc issued by RecRec. By now, the group had been reduced from a nine-piece to a seven-piece lineup, although two "guests" appeared individually on two separate tracks. The sound of this album de-emphasized the reeds in favor of a more vocal-oriented approach, including more opportunities for vocals from violinist Marie C. Schwab, at times sounding as if influenced by the spacy Gilli Smyth of Gong. A bit punkier and less complex although still marked by a pair of excellent albeit brief instrumental tracks, Battre Campagne was another strong release from D?bile Menthol and seemingly one that might have garnered interest among adventurous rock listeners at the time. It would prove to be D?bile Menthol's final release.

However, later in the '80s guitarist/bassist Jean-Maurice "Momo" Rossel and guitarist Jean-20 Huguenin would join together with Slovenian accordionist Bratko Bibic (Begnagrad, Accordion Tribe) and, from across the Atlantic, cellist Tom Cora and drummer Pippin Barnett of N.Y.C. downtown supergroup Curlew to form Nimal, one of the decade's most exciting avant rock-folk-world-jazz-whatever ensembles. And a post-D?bile Menthol relationship of longer duration would form between Huguenin and DM guitarist/clarinetist (and, as revealed in the liner notes to his #804 Center Street CD released in 2007, Hot Tuna and Little Feat fan...who knew?) C?dric Vuille, who would remain mainstays of the similarly lighthearted and quirky (for the most part) Ensemble Ray? throughout the '90s and into the 21th century. Other members of L'Ensemble Ray? -- and in fact often in major roles -- have been none other than Momo Rossel (on guitar, accordion, bass, and violin, not to mention mastering and mixing) and clarinetist Pierre Kaufmann, one of the "guests" on Battre Campagne.

Recordings by post-D?bile Menthol bands Nimal and L'Ensemble Ray?, as well as solo and ensemble spinoffs by various members of these and related groups, are well worth exploring, having held up well through the years for their striking ability to mix a true spirit of adventure with engaging qualities -- including tunefulness, melodicism, rhythmic propulsiveness, and instrumental virtuosity -- that should appeal to nearly any music listener without an ironclad preconceived agenda. And as for D?bile Menthol themselves, their two LPs were combined onto the two-CD set Emile ? la Campagne, issued by RecRec in 1994. It is well worth trying to locate, both for the music it contains and for its documentation of a band that served as a foundation for some of the finest and most accessible European avant-prog of the last two decades. ~ Dave Lynch, All Music Guide