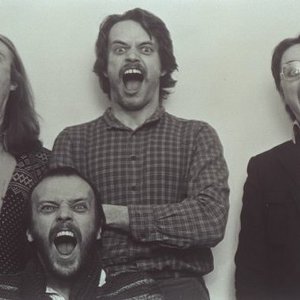 Samla Mammas Manna was a progressive rock band from Uppsala, Sweden, formed in 1969 by Lars Hollmer, Lars Krantz, Hans Bruniusson, and Henrik &Ouml;berg ("Bebben"). The band was often characterized by its virtuoso musicianship, circus references and silly humour, similar in many ways to the song-writing styles of Frank Zappa. They were part of the original Rock in Opposition movement. Guitarist Coste Apetrea joined in 1972, later to be replaced by Eino Haapala. They broke up in 1980 after a number of releases, sometimes using different names, such as Zamla Mammaz Manna and Von Zamla.

They reformed in 1990 with Lars Hollmer, Hans Bruniusson, Lars Krantz, and Coste Apetrea. After Kaka, Bruniusson was replaced by Tatsuya Yoshida (Ruins, Koenji Hyakkei, etc.). This line-up was active sporadically up until Hollmer's death in 2008.