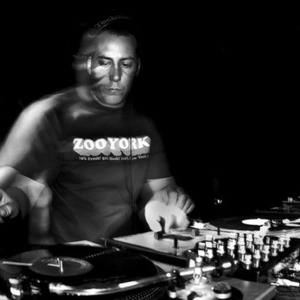 In 1993 Danny established the Droppin' Science imprint (after working for seminal label surburban base), originally as an outlet for his own material though later home to producers Dylan, Facs and Use Of Weapons. Breaks chose to remain independent with his recordings. 1999 saw a renewed concentration at Droppin' Science, with the much vaunted "Dislocated Sounds" finally surfacing after a year on the shelf, rapidly followed by "From Beyond Infinity".

Both double pack EP's set out a new agenda, interspersing full-length drum & bass pieces with an array of hip-hop instrumentals whose lo-fi percussives, constantly evolving low end and dysfunctional, b-movie atmospherics truly flipped the script. His long rumoured debut for True Playaz came by in the "Music For Martians and Other Extra Terrestrials" project. One of the most dynamic albums to appear from the drum & bass movement saw the listener broken in gently with "Sign" and "Random" before turning on the complexities by way of the mermaid voxed "Aquatika" and "Resolves" spooked strings and detuning wood bass. A triple chambered heap of instrumental hip hop closed the vinyl.

Presently Danny has just completed the dimension series, released on Alphabet Zoo , a label he started during 2000 as a platform to release his own experimental blend of instrumental hip hop. Following a distinct analogue trend, the series, a set of four releases; A New Dimension, Another Dimension, Dimension 3d and the Outer Dimension were released to great acclaim yet remained relatively underground. Awash with cinematic sci-fi sound effects, grainy hip hop beats, and schizo scratching Danny's sound has impressed the likes of DJ Numark, Jurassic 5, Tom Middleton, Amon Tobin, Ninja Tune, Mr Scruff and Dj Magazine to name but a few."

From Beyond Infinity (Vinyl)