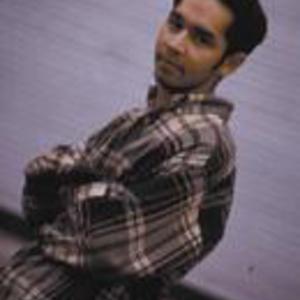 From Answers.com: Recording for the influential Suburban Base label, breakbeat pioneer Jay D'Cruze produced several excellent early drum 'n' bass staples -- looking back to the heyday of rave even as they looked ahead to the jungle outbreak of the mid-'90s. After making friends at the Boogie Times shop in Romford, the teenaged D'Cruze debuted in 1993 with "World Within a World," released on the store's emerging imprint Suburban Base. The label soon led the way with the darker sound of hardcore-into-jungle thanks to releases by DJ Hype, Sonz of a Loop Da Loop Era, and Krome & Time.

Recording with store-owner Danny Donnelly as Boogie Times Tribe, D'Cruze released two darkcore touchstones: "Real Hardcore" and "The Dark Stranger," the latter anthologized on almost every early jungle compilation worth its salt. Two more classic singles, "Watch Out" and "Lonely," followed before a lengthy absence from the breakbeat scene during its prime crossover years. D'Cruze returned in 1997 with more singles for Suburban Base, DJ Hype's True Playaz, and his own The Bomb label (co-owned with Special K). D'Cruze was one of only three Suburban Base artists to get the full-length treatment, with the 1995 LP Control. ~ John Bush, Rovi

World Within' A World & I Believe