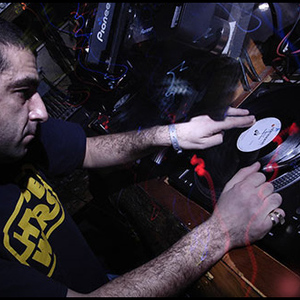 http://www.myspace.com/hypehypehype 1. Essentially Hype is to drum and bass as Afrika Bambaata was to the development of hip-hop. He first became involved in music through the legendary Shut Up and Dance sound system, like many before him his interest growing from physically building the speakers that made up the rig to DJ'ing, spinning reggae, house and hip hop throughout the eighties. As time passed, his skills behind the turntable grew to the extent of winning the London heat of the 1989 DMC's and going on to represent Britain in the European championships."

While continuing to play at high capacity events Hype also made the move into radio, becoming involved with influential pirate station Fantasy FM before taking up a position at Kiss FM - his Sunday night sessions some of the most popular and securing him Best Male DJ and Best Radio DJ at subsequent Hardcore Awards."

His time in the studio began at Kickin', co-producing The Scientist's seminal 'Exorcist' and 'The Bee' before laying down tracks for a number of other labels - the most notable of which, Suburban Base, saw him compiling the still highly sought after 'Drum and Bass Selection' series in addition to notching up his own underground smashes in the form of 'Trooper' and 'Shot In The Dark' while touching upon the charts with 'Isotonic' on FFRR."

With substantial success, it was only a matter of time before Hype established his own label, "Ganja", in 1993, working closely with fellow ex-Suburban Base artist and friend Pascal. 'Cops' opened up the play for his Ganja imprint which was later to feature 'Ganja Man' and Zinc's legendary 'Super Sharp Shooter,' before peaking with the 'Still Smokin' album, a collaborative effort with Pascal's Frontline Records. Perhaps surprisingly considering the subsequent runaway success of the label, the intention was never specific, as Hype explains."

'Ganja Records was never meant to be anything, I was never planning on building anything from it, and it was just a knock up as I wanted a label to put some tunes on. As the label built itself without me really having to do anything I realised that if I did choose to put some effort into something I could build something really strong. I'd been encouraging Zinc to do his own thing for some time, though since he didn't really want to be out on his own - myself, Zinc and Pascal decided to set up a label as a collective.'

Having flirted with major's in the form of a deal with RCA/Parousia as Ganja Crew in 1997, the threesome backed out of renewing their options choosing instead to retain their independence through establishing their own True Playaz. Hype explains his Philosophy. 'There are two things which keep me going. Firstly, I haven't got anything else - this is it for me so I've got to keep it going - I look at what I have and music has got me everything in my life as well as enabling me to help my family. Secondly I see the enthusiasm for this music from people all over the world. This year alone we've dj'd all over the world; Spain, Canada, Switzerland, Estonia and we know that the whole planet wants it. When you've evolved with something and become part of it on a level where you know that there is such a love for it - it becomes something very special to you. To think five years ago no one could have ever have contemplated that this music would be where it is now. The day I'm playing out and the audience doesn't like it anymore I'll probably move onto something else.'

2.
Turntablist from Berlin
Member of the Phaderheadz