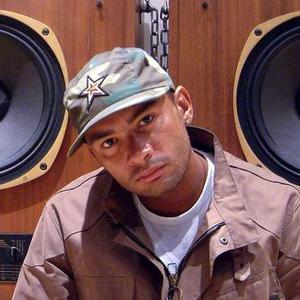 http://www.myspace.com/dillinjavalve Dillinja, (also known as Capone, Cybotron, D-Type and Original Master), (real name Karl Francis) is a jungle and drum and bass DJ and producer from Brixton in South London. Arguably the most prolific producer on the scene, he set up Valve Recordings in partnership with long-term collaborator Lemon D, with whom he also designed and built the Valve Sound System, purported to be the most bass-heavy system in the world (contrary to rumour it is not the loudest). It is the only sound system designed and built for playing drum and bass.

Dillinja takes his name from John Dillinger, the 1920s American gangster; he also uses the aliases 'Capone', 'Trinity' and 'Cybotron'.

Described by Goldie as "the bass explorer of the nineties" and adjudged "The Grand Master" by Grooverider, Karl Francis a.k.a. Dillinja, is one of the most famous drum n bass producers.

His first tune, "Tear off your Chest" was produced at very low cost, and being self-motivated he pressed up about 500 test pressings and sold them with the help of a close friend who worked behind the counter at Londons Black Market Records.

According to 'http://www.breakbeat.co.uk/dillinja' "by the time Dillinja was 23 he had over 50 releases to his credit, making him one of the most prolific and influential drum and bass producers around today. His early supporter, V Recording maestro, DJ Brian Gee cites him as "being probably 30 or 40 per cent responsible for how drum and bass sounds today."!

The Killa-Hertz (With Lemon D) (Unmixed)

From Beyond - Ride It Hard