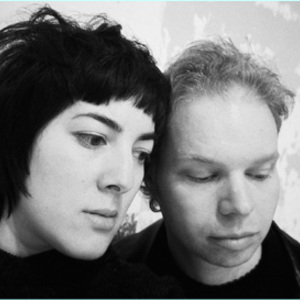 Damon & Naomi are an american folk-rock duo formed in 1991 by Damon Krukowski and Naomi Yang, both formerly of Galaxie 500. After Galaxie 500 completed a tour of the US supporting The Cocteau Twins, guitarist and vocalist Dean Wareham quit the band, forcing the cancellation of an imminent Japanese tour. Damon and Naomi had recorded a few tracks before the split and these were released under the name Pierre Etoile by Rough Trade (UK) in June 1990.

After Galaxie 500 completed a tour of the US supporting The Cocteau Twins, guitarist and vocalist Dean Wareham quit the band, forcing the cancellation of an imminent Japanese tour. Damon and Naomi had recorded a few tracks before the split and these were released under the name Pierre Etoile by Rough Trade (UK) in June 1990. The duo then spent time working on their book publishing company Exact Change with no plans to return to recording until producer Mark Kramer urged them back into the studio. The resulting album More Sad Hits was released on Kramer's Shimmy Disc label in 1992.

Following the release of More Sad Hits Damon and Naomi were contacted by Kate Biggar and Wayne Rogers whose band Crystalized Movements had recently lost its rhythm section. The two couples teamed up to form the psychedelic rock band Magic Hour and released three albums between 1993 and 1996. Parallel to Magic Hour Damon and Naomi continued to record as a duo, releasing their second album The Wondrous World of Damon and Naomi on Sub Pop in 1995. The album was again produced by Kramer.

After the release of their second album Damon & Naomi finally decided that they were ready to return to live performance. In a 1998 interview Krukowski said, "We never thought we would perform because there's no rhythm section, and us being a former rhythm section, we thought there's nothing worse than a band without a rhythm section."

Their third album, 1988's Playback Singers, was recorded at their home studio (Kali Studios) in Cambridge, MA and was their first album recorded without the assistance of Kramer. The album included the song Awake in a Muddle, written by Masaki Batoh of the psychedlic rock band Ghost, which marked the beginning of the ongoing relationship between the duo and the Japanese band. The album also included a cover of the Tom Rapp (Pearls Before Swine) song "Translucent Carriages". (The duo had performed the song with Rapp when he came out of retirement for the first Terrastock music festival in 1997.) Krukowski produced re-recordings of two Pearls Before Swine tracks that appeared on the compilation album Constructive Melancholy that was released in 1998.

In 2000 they cemented the relationship with Ghost by releasing the collaborative album With Ghost recorded once again at the duo's Kali studios. The tour in support of the album featured Ghost guitarist Michio Kurihara. In 2002 Live in San Sebastian was released; the album had been recorded in May 2001 with Kurihara, and it was released with an additional DVD featuring a video tour diary by Naomi.

During 2004 as well as recording their next album Damon had a book of poetry published (The Memory Theater Burned) and the duo also worked on pulling together a double DVD of Galaxie 500 videos that was released by Plexifilm. On Valentine's Day 2005, having amicably terminated their relationship with Sub Pop, Damon & Naomi released their fifth studio album The Earth is Blue on their own 20|20|20 label. The album again featured Kurihara on guitar as well as the avant-garde brass section of Greg Kelley and Bhob Rainey of nmperign. The supporting tour featured all the guest musicians and one of the Japanese dates of the tour was videotaped and released as a limited edition DVD at the end of 2005.

In 2006 Damon & Naomi set about recording their next album at Kali Studios once again with Kurihara guesting.

The Wondrous World Of Damon & Naomi