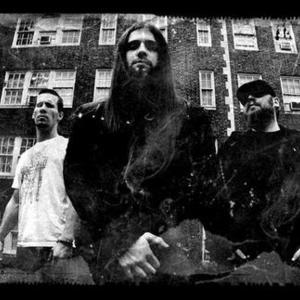 D??th, often typeset as D??TH (pronounced /?d???/) and formerly known as Dirtnap or Dirt Nap, is a melodic metal band from Atlanta, Georgia. Their music incorporates styles such as thrash metal, death metal, industrial metal, progressive metal, and some traces of gypsy jazz. D??th was started by Eyal Levi and Mike Kameron, who had been playing in bands since they were in middle school. The two friends attended Berklee College of Music in Boston but eventually left school to concentrate full-time on making music.

D??th's first album, Futility, was self-released in 2004. Their Roadrunner Records debut, The Hinderers, was released in March 2007. D??th have so far released two music videos from The Hinderers, the first being "Festival Mass Soulform," which was created prior to getting signed, and helped them gain Roadrunner's interest. The second video, "Subterfuge," was released in February 2007.
In March 2007, D??th was confirmed to play the second stage (rotating slots) at Ozzfest. On October 22, 2007, blabbermouth.net reported that live singer Sean Farber had left the band. A few months later, on February 28, 2008, blabbermouth.net then reported that Sean Z. (who had filled in after Sean Farber had left) had been named the new singer. Apparently, Mike Kameron is also no longer in D??th, as his name is not mentioned on the official D??th myspace page anymore.
2007 also consisted of more notable tours for D??th. In January they toured the US with Job For a Cowboy, The Acacia Strain, and Psyopus. In the spring there was a European run with Unearth and Job for a Cowboy. That summer featured not only Ozzfest, but Summer Slaughter dates, a Dying Fetus tour, and various Devildriver offdates. Later on that fall D??th toured the US and Canada with Dark Funeral and Naglfar. To end the album cycle, D??th performed three shows in Japan with Zyklon.
The band's third album The Concealers was released on April 21, 2009 by Century Media Records via a partnership with Roadrunner Records. D??th released one music video from "The Concealers" which was for the song "Day Of Endless Light." There was a good bit of touring behind "The Concealers" as well. Spring of 2009 featured a full US tour with Dragonforce and Cynic. Summer was the full US and Canada with Goatwhore and Abigail Williams. That fall D??th returned to Europe with Chimaira, Unearth, and Throwdown.
During the break between the final tour for "The Concealers" album cycle and the writing sessions for the upcoming D??th album, guitarists Eyal Levi, and Emil Werstler released an instrumental CD entitled "Avalanche of Worms." It was released April 20, 2010, via Magna Carta Records under the artist name "Levi/Werstler." Sean Reinert from Cynic (ex Death) played the drums on it.
D??th is currently working on their fourth studio album which is slated for release in October 2010 via Century Media Records