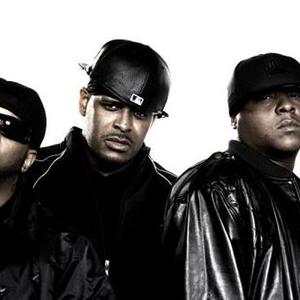 D-Block formerly known as The L.O.X. is a group of 5 emcees originating from Yonkers, New York discovered by Mary J. Blige. The name The L.O.X. originated from "The Warlox", however, it was shortened to The LOX. The LOX is now a backronym for "Living Off Experience" and is composed of Jadakiss (Jayson Phillips), Sheek Louch (Shawn Jacobs), and Styles P (David Styles), and the newer recruit J-Hood (Jae Hood) and a money (Anna Levenshus). (J-Hood has subsequently left the group.) As The L.O.X.