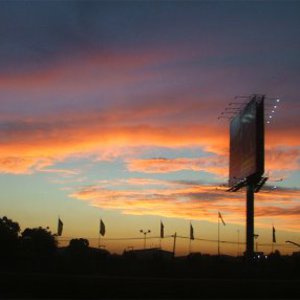 Don't let this Southerner's soft speaking voice fool you. When Tim Gross takes the stage and becomes ?CY?, he transforms into a metaphorically complex East Coast-tinged MC. His paradoxically raw/smooth delivery communicates a message of hope. And the head nodding beats you hear underneath his urban poetry are most likely his creation too. One would expect the son of two New Orleans pastors to be a model citizen. But that wasn't the case with CY.

Instead, his rebellious behavior gave his parents heartache and resulted in Tim having to attend nearly a dozen different schools until the family could find one that would accept him.
However, a spiritual experience at a church youth conference at the age of 17 revolutionized all of that. For the first time, CY felt he had encountered the One True God, accepted the saving grace of His son Jesus, and been given the gift of the Holy Spirit. As his life began to change, he started to express his new birth through hip hop music.
A divinely appointed meeting with gospel rap producer Stikk motivated CY to move to Houston to further pursue his opportunities in music ministry. CY contributed guest lyrics to Stikk's Street Sermons album and began to form relationships throughout Texas' holy hip hop community. In 2002 he signed with Much Luvv Records.
Through Much Luvv, CY released The Complex, filmed an award winning video for his ?Confession Invasion? single, and provided production and guest verses on several of the label's compilation and artist roster's albums. He has been honored to share the stage with Da' T.R.U.T.H., Deitrick Haddon, Knowdaverbs 4th Avenue Jones, Corey Red & Precise, Mark J, Lil Raskull, Pettidee, Todd Bangz, Everyday Process, Lecrae and many others.
His current project is Circus World Event?The Ringleader. The concept album employs carnival-type sounds and metaphors that envision our world as a circus with one true ringleader (God) and an imposter (Satan) who plots and schemes for the same position. With the project, CY has developed an eye-popping stage show that adds creative visual illustrations to the story subjects described in Circus World Event's song list.
The album includes guest appearances by R-Swift (Cross Movement Records), J-Silas (RockSoul Entertainment), Pettidee (Soldier Sound Productions), Sean Slaughter, Mark J, Enock, and the Much Luvv Family. Circus World Event features production by Tony Stone, CY, 4 Sight Sounds, Big Toe, English, Phillip Moore and mixing, mastering, and engineering by Phillip Moore - displaying some of the highest quality audio Holy Hip Hop has ever heard!
First impressions of Timothy Gross may lead one to believe he's a quiet soul. But give him time and the multi-talented CY will emerge, impress, and encourage.