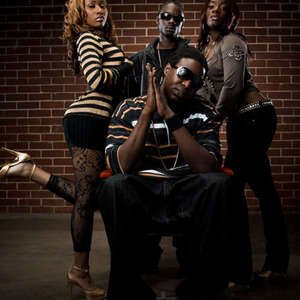 Crime Mob is an Atlanta based rap group. Artists Diamond, Princess, Killa G., Cyco Black, Jock and Lil' Jay first got their break when major label rap artist Lil Scrappy saw them perform at a local Atlanta club. After being signed, they released their debut single 'Knuck If You Buck'. Shortly after that, they dropped their self-titled debut, which sold 270,000 copies with limited promotion. Their first single of 2007 single, "Rock Yo Hips", is from their second album Hated On Mostly.

The video for "Rock Yo Hips" depicts a fictional Crime Mob College, set to resemble a historically black college. The song featured BME rapper Lil Scrappy as the college's dean. Hated On Mostly has spawned two other hits, including "Wuz Up," which features Bohagon and Fabo, and "Circles."

Member Princess plan to release an album separate from the rest of Crime Mob, called "Class is in Session."