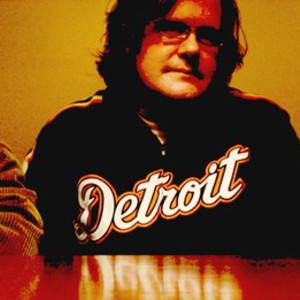 Mystery Spot was recorded at the Tempermill Studio in Detroit Michigan with his longtime producer, Dave Feeny (Blanche, Loretta Lynn).

Five songs on Mystery Spot feature Richards new line up of Todd Holmes and Larry Grodsky now going under the name of Chris Richards and the Subtractions.

Also in 2004, Richards music will be featured in the indie film "Harvest Moon" as well as have a track featured on the power pop tribute to the Who "Who's not Forgotten" released on Face Down Records along side tracks by Pat Dinizio, Guided By Voices and the Lolas. Chris will also have a track on the upcoming comp for the Carl Cafarelli and Dana Bonn WXXE power pop show called "This Is Rock and Roll Radio Vol 1".


Chris Richards moves to the head of the modern day power pop class with his first solo record, Mystery Spot. His work with the Phenomenal Cats and the Pantookas was solid and engaging pop but this disc moves beyond that and should put him in the big leagues next to guys like Michael Penn, Matthew Sweet and Velvet Crush. He has everything that those
guys do. Hook-filled tunes you will be humming before they are half over, ringing guitars, soaring harmony vocals, heart tugging lyrics about girls, girls and more girls. Although the disc is on a microindie (or maybe because
it is), the production is first rate; Richards and Dave Feeny came up with a guitar heavy sound that rocks but have a light and poppy feel. Hmmm, power plus pop.... That must be where they got "power pop" from back in the day. Tracks like the thudding "She Belongs to Me" and the chunky "Come
Clean" are textbook examples of that sound. Elsewhere Richards conjures the ghost of Marshall Crenshaw on Everyday Girl", drops some sweet pedal steel into the mix on the pair of beautiful ballads "Draining" and "She's Just Falling Out of Love," sits behind the electric keys and
brings it down a bit on the sweet "Gracefully" and rocks quite convincingly on the excellent opener "Is There Anybody Else?". The rest of the album is packed with great tracks, not a stinker in the bunch. If you dig Falkner, Sweet, Keene or any of the other giants of the power
pop continuum, you need to seek this record out.