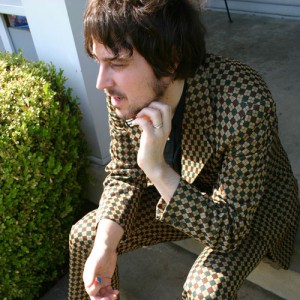 Salim Nourallah is a Texas based singer-songwriter. His unique style is known for its layered vocals, melodies, and nontrivial arrangements, while maintaining a serious pop sensibility. Born in Alton, Illinois, and raised in El Paso, Texas, the brothers Nourallah were mutually obsessed with the Beatles at an obscenely young age. Many years later they recorded, with boxing gloves and occasional instruments, the indie cult classic, Nourallah Brothers, on Western Vinyl/Secretly Canadian. That was the year 2000.

Since then Salim has gone on to release 5 full-length solo albums, Polaroid (2004), Beautiful Noise (2005), Snowing in my Heart (2007), Constellation (2009) and Hit Parade (2011). He also founded Dallas' mod-est recording studio, Pleasantry Lane, in 2003 and has recorded and produced The Deathray Davies, Rhett Miller, The Damnwells, Old 97's, and Sorta. The German record label, Tapete, has recently re-issued Beautiful Noise, which garnered 2006 Dallas Observer Music Awards for Salim in three categories: Best Album (Beautiful Noise), Best Song (The World is Full of People Who Want to Hurt You), and Best Producer.

Snowing In My Heart

A Way To Your Heart EP