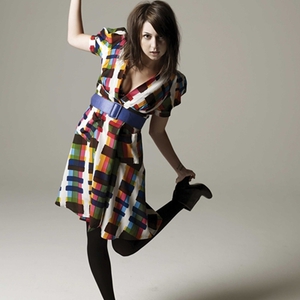 Jessica Charlotte Poland, also known as "Charlotte Sometimes" is a female singer-songwriter originating from New Jersey, United States, Her first release, an eponymous 3 song EP released on March 18, 2008 featured the breakout track "How I Could Just Kill a Man", also included on her d?but album, Waves And The Both Of Us released on 6 May, 2008. On May 14th 2010 Charlotte independently released an EP entitled "Sideways", which was digitally released online for free.

On May 14th 2010 Charlotte independently released an EP entitled "Sideways", which was digitally released online for free.

Before becoming a pop singer, Charlotte was involved in dance for 13 years until her early teens when she finished her involvement with the art due to pressures on being thin, "ditching her leotard for a guitar"; citing that she would much rather create her own art than portray that of someone else.

Although her name itself bears resemblance to The Cure's song of the same name, it is in actuality based on the 1969 children's novel of the same name written by Penelope Farmer, which portrays a young girl named Charlotte who exchanges places in time with another girl from 1918. The conceit of the story being they must find how to live each other's lives whilst remaining undiscovered in that time. The reason for Charlotte choosing the name aside from the book was that it represents the struggle with her self-perception and perception by others.

Waves & The Both Of Us