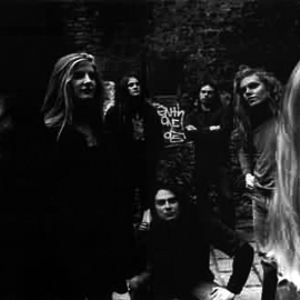 The career of Holland's Celestial Season was characterized by two very distinct stylistic phases, as the group started out life as a somber, epic-minded doom metal band, then shifted gears a few years later to conclude its existence as a groovier, rock-based stoner group. This might seem like a minor difference upon first glance, but one listen to the group's first and final albums reveals just how much wiggle room actually exists between the further reaches of these two sister genres.

Inspired by the work of doom metal giants such as Candlemass and Saint Vitus, Celestial Season formed in 1991 and initially featured vocalist Stefan Ruiters, guitarists Robert Ruiters and Jeroen Haverkamp, bassist Lucas van Slegtenhorst, and drummer Jason "Bong-Ra" Kohnen. The "Promises" demo and Flowerskin EP from 1992 set the stage for their independent debut of the following year, Forever Scarlet Passion, which boasted competent if rather unadventurous pure doom metal. The similarly slothful and depressing Solar Lovers album from 1995 would redress this issue somewhat, enriching the band's sound with the addition of full-fledged violin arrangements, courtesy of Jiska ter Bals and Maaike Aarts. Guitarist Pim van Zanen and guitarist/bassist Olly Smit had replaced Haverkamp and van Slegtenhorst for this release (which was supported by a European tour with countrymen The Gathering), but before the year was out, Celestial Season would undergo a drastic metamorphosis with the arrival of new singer Cyril Crutz and the transitional Sonic Orb EP.

Inspired by the new gospel being preached by California desert stoner rock combos such as Masters Of Reality, Fu Manchu, and especially Kyuss, the group was soon stripped down to the bare-bones quartet of Crutz, van Zanen, Smit, and Kohnen for the recording of 1997's brusque creative facelift, Orange. Signifying a virtual product relaunch of Celestial Season Mark II, the album delivered a surprisingly convincing "California desert party" feel, considering it was coming from a Dutch band. But with the subsequent departure of last remaining original member Kohnen (replaced by former Kong drummer Rob Snijders), there was no denying that Celestial Season had effectively become an entirely new group. This lineup, plus new bassist Jacques de Haard, carried on for three further releases of pounding stoner rock, namely 1999's Chrome (which led to appearances at the Dynamo and Roadburn festivals), 2000's Lunchbox Dialogues, and 2001's Songs from the Second Floor EP, before calling it quits, claiming that the band's musical quest had been "fulfilled."