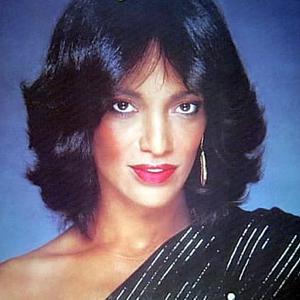 Born in Monterey, California. Carrie is ("Behind The Mask"-1984). was married to Producer Dick Griffey had already had success with The Whispers when Carrie was asked to sing backgrounds on one of their albums for Don Cornelius' Soul Train label. Griffey was impressed by her natural singing style and her tall statuesque beauty. He secured her an album deal with Soul Train Records and work began on her first release. The Whispers returned the favor and appeared on background vocals, baby brother of course provided keyboards and co-wrote two songs. Lucas wrote four additional tunes.

"Simply Carrie" was released in 1977. The one and only 12" single pulled from the album cemented her name in disco history. From it's release, "I Gotta Keep Dancing" was an instant hit, racing to number one on the club charts. The song was penned by her cousin Malcolm Anthony, and cousins Merlin and Wayne Bell also wrote three songs for the album. The album was rounded out with ballads and R&B numbers aimed at making Carrie a MOR artist. The album was a real family affair.
By now Griffey and Lucas had become an "item" and both suffered from negative talk in the L.A. music scene. Undeterred they began work on her sophmore release, 1978's "Street Corner Symphony." The album had Greg on keyboards/arrangements, and even Griffey added his vocal lead on a track, The Whispers added backgrounds and served as co-producers as well. Once again a single 12" was released of the title track, a hommage to 1960's doo wop groups. This album was released on Griffey's own label the newly formed Solar Records (Sound Of Los Angeles Records).

Carrie had set a formula and true to it, she released one album and one 12" single in 1979. By now Griffey's stable of artists included Lakeside, The Whispers, Carrie Lucas, Shalamar, and Dynasty. He was enjoying considerable success with all of them and like the producers of the sixties he would cross-collaborate them. For her album "Carrie Lucas In Danceland" Griffey brought in Jody Watley (Shalamar) for backgrounds, Lakeside (co-producers and backgrounds) and Walter and Wallace Scott (Whispers) for backgrounds. Famed organist Kossi Gardner wrote (and played on) the hit "Dance With You" which propelled the album to the top of the dance charts. By the beginning of the new decade, with the outstanding success of "Dance With You," Carrie was poised for her most successful release yet.
1980's "Portrait Of Carrie" was her finest album and most popular, producing three smash hits. The first 12" was an updated reworking of her first hit, this time around entitled simply "Keep Smilin'." Followed by the cutesy "It's Not What You Got (It's How You Use It)" and then the pro-feminist anthem "Career Girl." This time around Dick shared production duties with Leon Sylvers and Kossi Gardner. Backgrounds were once again courtesy of The Whispers.
Carrie was slowly moving out of the music business and her next release wasn't until 1982. "Still In Love" recorded and released under the banner of Solar Records was now distributed by Elektra/Asylum. The album produced two 12" singles, "Men" and the more successful "Show Me Where You're Coming From." As usual Carrie surrounded herself with friends and family for the undertaking. Leon Sylvers co-produced and Walter and Wallace Scott were their co-producing and singing. As a sidenote the future Sheila E. co-wrote the title track.

Her last full length album was released in 1985. By now Griffey had started a new label under the distribution of MCA Records. The Constellation Records release "Horsin' Around" was her most ambitious ever. It spawned four 12" singles "Charlie," "Horsin' Around," "Summer In The Street" and "Hello Stranger." Her remake of the Barbara Lewis classic, "Hello Stranger" reached number 20 on the R&B charts and like Lewis, who had used The Dells, Carrie used The Whispers to create that smooth sound.
Carrie's last know recording was an appearance on the 1990 soundtrack to "Lambada: Set The Night On Fire." She performs the song "I Like The Rhythm." Carrie, now married to Dick Griffey has instead decided to retire from the music business and concentrate on married life and her beloved horses. Unidisc Records in Canada has released a "Greatest Hits" package that contains most of her 12" mixes in 1999. Perhaps someday she'll come out of retirement and grace the dancefloors once more?.