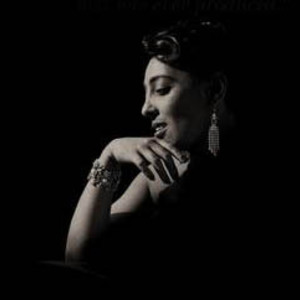 Carmen Mercedes McRae (April 8, 1920 - November 10, 1994) was an American jazz singer, considered one of the most important of the 20th century Carmen McRae was born in Harlem in 1920, and studied piano as a child. As a teenager she came to the attention of Teddy Wilson and his wife, the composer Irene Kitchings Wilson. Through their influence, one of McRae's early songs, "Dream of Life", was recorded by Wilson's longtime collaborator Billie Holiday.

Carmen McRae was born in Harlem in 1920, and studied piano as a child. As a teenager she came to the attention of Teddy Wilson and his wife, the composer Irene Kitchings Wilson. Through their influence, one of McRae's early songs, "Dream of Life", was recorded by Wilson's longtime collaborator Billie Holiday.

By the late 1940s she was well known among the modern jazz musicians who gathered at Minton's Playhouse, Harlem's most famous jazz club, where she was the intermission pianist. But it was while working in Brooklyn that she came to the attention of Decca's Milt Gabler. Her five year association with Decca yielded 12 LPs, many considered jazz vocal classics.

The musicians she sang with include Benny Carter, Mercer Ellington, Count Basie, Sammy Davis Jr., Dave Brubeck, and Louis Armstrong. As a result of her early friendship with Billie Holiday, she never performed without singing at least one song associated with Lady Day.

She was married once (and briefly), to drummer Kenny Clarke.

Carmen McRae always had a nice voice (if not on the impossible level of an Ella Fitzgerald or Sarah Vaughan) but it was her behind-the-beat phrasing and ironic interpretations of lyrics that made her most memorable. She studied piano early on and had her first important job singing with Benny Carter's big band (1944) but it would be another decade before her career really had much momentum. McRae married and divorced Kenny Clarke in the 1940s, worked with Count Basie (briefly) and Mercer Ellington (1946-47), and became the intermission singer and pianist at several New York clubs. In 1954 she began to record as a leader and by then she had absorbed the influences of Billie Holiday and bebop into her own style. McRae would record pretty steadily up to 1989 and, although her voice was higher in the 1950s and her phrasing would be even more laidback in later years, her general style and approach did not change much through the decades. Championed in the 1950s by Ralph Gleason, Carmen McRae was fairly popular throughout her career. Among her most interesting recording projects were participating in Dave Brubeck's the Real Ambassadors with Louis Armstrong, cutting an album of live duets with Betty Carter, being accompanied by Dave Brubeck and George Shearing, and closing her career with brilliant tributes to Thelonious Monk and Sarah Vaughan. Carmen McRae, who refused to quit smoking, was forced to retire in 1991 due to emphysema. She recorded for many labels including Bethlehem, Decca (1954-58), Kapp, Columbia, Mainstream, Focus, Atlantic (1967-70), Black Lion, Groove Merchant, Catalyst, Blue Note, Buddah, Concord and Novus. ~ Scott Yanow, All Music Guide http://music.msn.com/music/artist-biography/carmen-mcrae/

Sound Of Silence / Portrait Of Carmen

Sarah: Dedicated To You