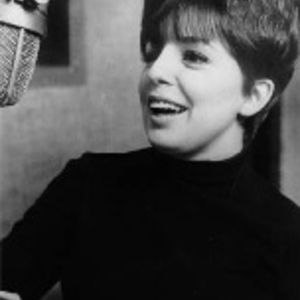 Carol Sloane was born on March 5, 1937, in Providence, Rhode Island. In 1955, Carol married a Providence disc jockey named Charlie Jefferds, but divorced in 1958. Carol continued to sing in small bars and clubs until she met the road manager of the Les and Larry Elgart Orchestra, which was touring the amusement park ballrooms in the southern New England area. She auditioned for Larry Elgart, who then asked her to come to New York with his band. The brothers had recently split the organization, Les taking the territory west of Chicago, Larry to handle everything east of Chicago.

Carol continued to sing in small bars and clubs until she met the road manager of the Les and Larry Elgart Orchestra, which was touring the amusement park ballrooms in the southern New England area. She auditioned for Larry Elgart, who then asked her to come to New York with his band. The brothers had recently split the organization, Les taking the territory west of Chicago, Larry to handle everything east of Chicago. Larry Elgart suggested she change her name to Carol Sloane.

The "road years" with the Larry Elgart band continued until 1960, when the road simply became too boring and too difficult for her. After two years on the road, she was still unknown, and there were no singing engagements to be had. She took various secretarial jobs booked through Manhattan temp agencies. She continued her working relationship with the former road manager of the Elgart band, who had become an agent in the office of the legendary Willard Alexander. This man, Bob Bonis, arranged for Carol to sing at a jazz festival in Pittsburgh in 1960, at which time she met Lambert, Hendricks and Ross.

Jon Hendricks asked Carol if she could learn the LH&R book in order to be prepared to take Annie Ross' place if that ever became necessary. Carol agreed to study the group's exacting material, and continued her secretarial gigs. Then, one night in early 1961, when attending a performance of LH&R at the Village Vanguard, Jon asked Carol to sing a couple of tunes on her own, after which the legendary proprietor Max Gordon asked her if she'd like to sing at the club the following August as opening act for Oscar Peterson.

Another auspicious move was quietly being made for Carol in 1961, without her knowledge: Jon Hendricks made a very persuasive argument to the producers that Carol should be included in that year's Newport Jazz Festival as part of the "New Stars" program. On the afternoon of that presentation, Carol had the use of the Ike Isaacs Trio which backed LH&R. The pianist, Gildo Mahones, didn't know the verse to the Rodgers & Hart song "Little Girl Blue" so Carol blithely suggested she would sing it a cappella, and did so. The New York press unanimously praised the young woman's talent, exceptional intonation and pitch, and she was also heard by a representative of Columbia Records. Her first album,"Out of the Blue" was recorded a few short months later, with arrangements by the legendary Bill Finegan, and an orchestra boasting Clark Terry and Bob Brookmeyer among the soloists.

In the 1960's, Carol Sloane sang in major clubs such as Mr. Kelly's in Chicago where she opened for Jackie Mason and the Smothers Brothers; at the hungry I in San Francisco where she opened for Bill Cosby, Godfrey Cambridge and Richard Pryor; she also opened for Phyllis Diller, Stiller and Meara and Jackie Vernon at the Blue Angel in New York; she appeared regularly on the Tonight Show with Johnny Carson and became a regular member of the radio cast on Arthur Godfrey's CBS weekly program. She continued to record and make club and concert appearances during this decade until the Beatles and rock 'n roll began to consume the popular culture, forcing some jazz venues to the edge of ruin. In 1969, Carol accepted an offer to sing in a club in Raleigh, North Carolina, found the atmosphere in that city very much less hectic than New York, with an audience eager to hear and support jazz artists. She relocated to the south at the beginning of 1970.

Carol worked both as a singer and a legal secretary for the next several years, eventually returning to New York to begin a turbulent relationship with a legendary jazz pianist, Jimmy Rowles. Jimmy's reputation as a master accompanist and soloist was solid and undisputed, but his alcoholism made their situation often stormy. He did, however, pull himself together long enough to play for Ella Fitzgerald when Tommy Flanagan left after almost twenty years of accompanying the great singer. Jimmy's tenure was much shorter: only two years at the outside. He then decided to return to Los Angeles, and did so at the end of 1980. Carol also left New York, this time returning to her beloved New England.

She arrived in Boston in January, 1981, accepted a job in a prestigious law firm, and promptly threw away the idea of an "ordinary" life when a friend asked her to return to N.C. to help him in his new supper club recently opened in Chapel Hill. The venue was beautiful, comfortable and truly a perfect setting for any artist, and Carol booked her friends into the club: Shirley Horn, Joe Williams, George Shearing, Marian McPartland, Anita O'Day, Jackie & Roy, and of course, the great Carmen McRae. This club managed to last all of two years, a remarkable accomplishment. Carol also hosted a radio show at the NPR affiliate in Chapel Hill. In 1984, while singing in a Boston club, she met the man whom she would eventually marry.

Her marriage to Buck Spurr took place in November, 1986, and Carol has lived in the Boston area since that time. She recorded two albums for Contemporary in 1988 and 1989, then signed with Concord Jazz in 1991, recording six solo albums and touring Japan many times as part of the Concord-Fujitsu Festival. Carol stayed busy making her debut with the Boston Pops Orchestra at Symphony Hall, Boston in 1998, then with the New York Pops Orchestra in 1999, and recorded a tribute album to Duke Ellington on the DRG label that same year. In March 2000, she began a second career in radio, hosting The Jazz Matinee, a four-hour jazz program, five days a week on WICN-FM, the NPR affiliate in Worcester, Mass. This jazz show took a full year's time to produce, until, in the spring of 2001, a heavy performance schedule made it necessary for Carol to leave WICN to resume touring and also record a new CD. In 2001, Carol signed a contract with the famous HighNote Jazz label which issued the first cd titled "I Never Went Away." This has been followed by "Whisper Sweet."

Carol's most recent recording, "Dearest Duke", was released in April of 2007 on the Arbors label. Featuring Brad Hatfield on piano and Ken Peplowski on tenor sax and clarinet, this cd contains 15 tunes of Ellington material plus Billy Strayhorn's "Day Dream."

The Songs Of Ella & Louis Sang (With Clark Terry)

When I Look In Your Eyes