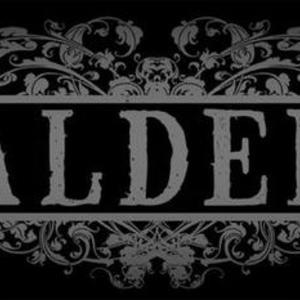 Caldera has been a popular name for musicians. (1) A stoner doom band from France. (2) An electronic progressive American band of the early 70s. (3) A latin-jazz band active for the latter half of the 70s. (4) A current electronic group. (5) And also a metallic hardcore band located in Antwerp, Belgium. (6) And also a metal band from Elgin, Illinois. Caldera (1) was formed in 2001 in Nancy, France. Their first full length album entitled Mist Through Your Consciousness was released in March 2008.

Caldera (1) was formed in 2001 in Nancy, France. Their first full length album entitled Mist Through Your Consciousness was released in March 2008.

Caldera (2) (also known as Caldara) produced one album, the electronic oddity called A Moog Mass, which combines Switched-On Bach type multi-part Moog arrangements with some other keyboards (mostly organ and harpsichord) and vocals (often treated or vocoded) for a version of a Catholic mass. The album was released in 1970.

Caldera (3) was formed by a multi-national group of players in the mid-70s to bring together a wide array of latin styles (from Brazil, Cuba, and elsewhere) with electric jazz and funk. Eduardo Del Barrio from Argentina (keyboards) and Jorge Strunz from Costa Rica (guitar) led the band, which also included two Americans (drummer Dean Cortez and saxman Steve Tavaglione), a Cuban (drummer Carlos Vega), and a Brazilian (percussionist Mike Azavedo). They released four albums before breaking up in 1979, and the members have been active in other projects since.

Caldera (5) A hardcore/metalcore band from Belgium. So far they have released a demo and a full length cd 'Free Will Is A Joke' in August 2007. They are currently busy writing a new album...

Mist Through Your Consciousness