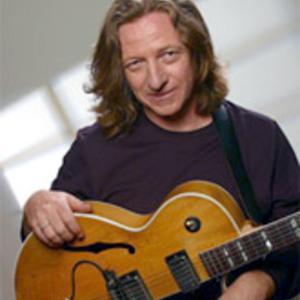 Hughes has carved out an impressive career in the contemporary jazz arena. His first two albums, Between Dusk and Dreaming and Under One Sky, firmly established him as one of the foremost guitarists and composers in the genre, perfectly blending his fluid and emotive guitar style into an exciting, melodic mix of Latin, Jazz and World Music compositions. After being picked as a winner in JAZZIZ Magazine's "Guitars On Fire" competition his subsequent recordings Straight To You, One 2 One, Shakin' not Stirred and Along the Way have received critical acclaim and major radio air play from coast to coast. With his sizzling fret work and infectious compositions the media are accurate in saying: "Both a great artist and an accessible one. His passion is so obvious, intense and contagious, that his audience shares it.? Brian has received the SOCAN/BMI "Jazz & Instrumental Composer of the Year" Award six times from 1997 to 2006 and the title track from ?Shakin' Not Stirred? was featured on an episode of HBO's ?Sex and the City?.

Also well known for his 20 year parallel career performing and recording with world renowned vocalist Loreena McKennitt, Brian's skills as a musician (guitars, oud, bouzouki) and his production talents are evident on her current platinum recording ?An Ancient Muse?, the concert DVD ?Nights From The Alhambra?, filmed in Granada, Spain and her past seven multi-platinum recordings. Brian has just completed a 2007 World tour with McKennitt performing 83 concerts in 12 countries around the globe and has appeared with Loreena on the "Late Show" with David Letterman and received a Juno (Canadian Grammy) nomination as "Producer of the Year " for his work on the platinum selling Loreena McKennitt album ?The Visit?.

Fast Train To A Quiet Place

Back To Where I'm Going