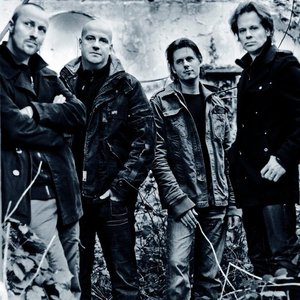 BL?F was officially founded in 1992, in Middelburg. The original lineup was composed of the members Peter Slager, Paskal Jakobsen, BAS KENNIS and Henk Tjoonk. Over the course of six years, the group had released nine records with multiple hit songs, and performed many sold-out performances. Their song Aan De Kust (At the coast) from their debut album Naakt onder de hemel (Naked under the sky) is considered to be the new anthem of the province Zeeland, because the song is about this province.

Rather than singing in English, as is common practice among Dutch bands, BL?F produces songs in their native Dutch, vastly contributing to the popularization of nederpop, as the genre has been known in the Netherlands..

Besides having deeply sensitive lyrics, BL?F incorporates sounds from around the world. Their hit song Aanzoek zonder ringen (Proposal without rings) uses Japanese kodo drums in the background, while their album, UMOJA, was the result of a journey around the world to capture multi-national sounds.

Critics claim that their formula for success is the way they crafted songs; they try to find the ideal balance between alternative and popular rock, poetic lyrics, and the voice of Paskal Jakobsen. This has brought BL?F the hits, awards, airplay, and (inter-)national recognition that has propelled these four musicians into the most successful Dutch-language group in recent years.

Besides success, BL?F has also had its fair share of tragedy. Drummer Chris G&ouml;tte, who replaced Henk Tjoonk in 1997, died in a motor crash on March 17th, 2001. When the news got out, the Bl?f website was filled with condolences from fans and friends. In June, the band released a memorial album called Oog in oog (Eye to eye). The revenue for the album was donated to War Child. Norman Bonink (who came from Frank Boeijen Groep) joined the band that same year and continues to be their drummer today.