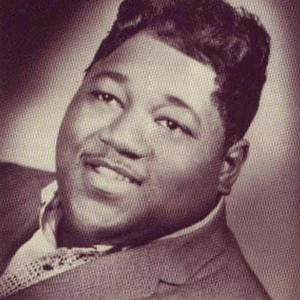 Billy Stewart (March 24, 1937 ? January 17, 1970) was an American musical artist, with a highly distinctive scat-singing style, who enjoyed popularity in the early 1960s. Billy Stewart began singing publicly with his mother's group, the Stewart Gospel Singers, as a teenager. He made the transition to secular music by filling in occasionally for the Rainbows, a D.C. area vocal group led by future soul star Don Covay.

Billy Stewart began singing publicly with his mother's group, the Stewart Gospel Singers, as a teenager. He made the transition to secular music by filling in occasionally for the Rainbows, a D.C. area vocal group led by future soul star Don Covay. It was also through the Rainbows that Stewart met another aspiring singer, a very young Marvin Gaye. Seminal rock and roller Bo Diddley has been credited with discovering Stewart playing piano in Washington, D.C. in 1956 and inviting him to be one of his backup musicians. This led to a recording contract with Bo Diddley's label, Chess Records, and Bo Diddley played guitar on Stewart's 1956 recording of "Billy's Blues". Stewart then moved to Okeh Records and recorded "Billy's Heartache" backed by the Marquees, another D.C. area group which was now featuring Marvin Gaye.

Back at Chess in the early 1960s, Stewart began working with A&R man Billy Davis. He cut a song called "Fat Boy". Showing additional promise with his recordings of "Reap What You Sow" and "Strange Feeling", major chart success was not far away. Stewart hit both the pop and R&B charts big in 1965 with the songs, ?I Do Love You? and ?Sitting in the Park.? His improvisational technique of doubling-up, scatting his words and trilling his lips made his style unique in the 1960s.

In 1966, wishing to appeal to a wider audience, Stewart recorded the LP "Billy Stewart Teaches Old Standards New Tricks" in 1966. The first single released from that album was Billy's radical stand-out interpretation of the George Gershwin classic "Summertime", a top ten hit on both the pop and R&B charts in 1966. The follow-up single was Billy's remake of the Doris Day hit "Secret Love", which just missed the top ten on the R&B chart.

While Stewart continued to record throughout the remainder of the 1960s, his weight problem worsened and he developed diabetes. He also suffered minor injuries in a motorcycle accident in 1969. His life was tragically cut short on January 17, 1970, just 2 months prior to his 33rd birthday, when the car he was driving plunged into the Neuse River in North Carolina, killing him and three members of his band.

Billy Stewart was inducted into the Washington Area Music Association Hall of Fame in 1982.

One More Time: The Chess Years