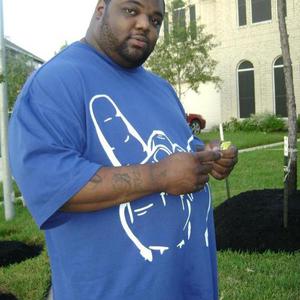 Big Pokey (real name Milton Powell) is a rapper from Houston, Texas and is one of the more accomplished members of the Screwed Up Click. While rapping, he attended Blinn Junior College in Brenham, Texas and even tried out for the NFL at one point (he had been a very successful football player in high school and college). Big Pokey hooked up with DJ Screw in the early '90s and started dropping rhymes on the DJ's many mixtapes.

His first full-length album finally appeared in late 1999, "Hardest Pit in the Litter", which ended up being one of the better underground hip hop albums to come out of the South that year. A year later, Pokey returned with "D-Game" 2000, another album of mid-tempo 808-driven beats featuring several of his Houston peers as guests. In 2001 he collaborated with the Wreckshop Wolfpack for Collabo and then returned in 2002 with another solo album, "Da Sky's Da Limit". He's been featured on songs with Z-Ro, Big Hawk, Big Moe, Lil' Flip, Lil' Keke, Chamillionaire, and in 2005 he was in a song which was #93 on US Top 100 with Paul Wall called Sittin' Sidewayz.