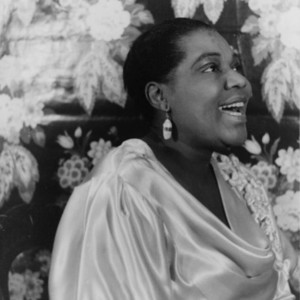 Bessie Smith was born in Chattanooga, Tennessee in July 1894. However, the 1910 census recorded her birthday as April 15, 1894. Orphaned at eight years old, Smith started singing in the streets to help make money to support herself and four siblings. By her teenage years she was touring around the country. She recorded her first records when she was 29. She recorded at least 80 records during her lifetime, working with such notable musicians as Louis Armstrong, Joe Smith, Charlie Green.

On September 26, 1937, Smith was severely injured in a car accident while traveling from a concert in Memphis to Clarksdale, Mississippi along U.S. Route 61 with her companion Richard Morgan. She was taken to Clarksdale's segregated Afro-Hospital and her arm was amputated, but she never regained consciousness and died that morning. Shortly after her death, John Hammond stirred up controversy by suggesting, in a Down Beat article, that Smith was refused admittance to a white hospital and that she died as a consequence thereof. It was an unsubstantiated rumor that lingered for decades.