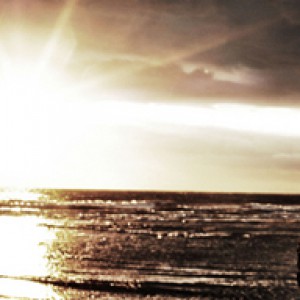 Benny Sings - Art (2011) Benny Sings has finally graduated. With his new album Art, which was released on 27 May 2011, the multifaceted producer/composer/singer feels that it has all come together. ?Making albums is a learning process. After every album I felt as if I completed another year at the Benny Sings Music University. And Art is my graduation project. It's the finale to my ten years of toil. I now have my diploma. It represents my first work as a mature artist ? my first real ?work of art''.'

Benny Sings has finally graduated. With his new album Art, which was released on 27 May 2011, the multifaceted producer/composer/singer feels that it has all come together. ?Making albums is a learning process. After every album I felt as if I completed another year at the Benny Sings Music University. And Art is my graduation project. It's the finale to my ten years of toil. I now have my diploma. It represents my first work as a mature artist ? my first real ?work of art''.'

With Art, Benny Sings believes that he has properly applied all his ideas around composition, his philosophy of music and his experience as a producer. But he was also able to let go of all of this baggage ? since process should always remain elusive. ?Sometimes a good text, a good composition and good production come together to make an okay song. It works but nothing more than that. Meanwhile, sometimes a bad text, a bad arrangement and bad production can fuse into something really amazing. Somehow the song becomes greater than its parts. It has that something extra ? it's magical. You can never predict when this will happen. Sometimes it occurs when you break all the rules, and other times it happens when you just follow them. Either way, it's always a surprise. For this album I wanted to focus less on production and song writing and more on that one magic moment.'

By focusing on those special moments, Benny came up with a collection of seemingly warm and carefree songs. Listeners will soon find themselves singing or humming along. And this is exactly how Benny lures you in. But those already familiar with his music also know that his light-footedness comes packed with much pain, sadness, life lessons and reflections. The music and melodies may act to make it all sound as fresh and breezy as a summer dress, but that does not mean it's all happy-go-lucky. In fact the opposite is true: nothing is what it seems. And it's this contrast that makes his songs so strong and compelling. His work can be compared to Burt Bacharach, who elevates his saddest love songs with catchy melodies and a sing-a-long so that they have the lightness of a sunrise and the atmosphere of class, style, beauty and good taste. At first, listeners may not notice a song's actual subject or the displayed musical virtuosity but when the penny drops, and it all comes together, it becomes a true work of art.

This is particularly true with Benny Sing's Art. The music has depth and layering but you will have to dig for it. Either you love Benny or you don't. You will understand it or you won't. Benny Sings is too outspoken, deep, eccentric and difficult for there to be a middle road. Those who really listen and get absorbed by these little artworks by this Amsterdam multi-instrumentalist will be taken to a new universe that will settle deeply into their heads. This is Benny's familiar modus operandi, which may come based on a hip hop or disco beat, and always with an ever changing array of instruments.

Benny Sings before Art
Since his first album Champagne People (2003), Benny Sings has deeply impressed press and public alike. Universally acclaimed by reviewers ('rare and innovative', 'a revelation!'), this debut immediately put Benny Sings on the musical map. He played large festivals and won prizes, including the 2004 Essent Award. The album also received good reviews outside his native Netherlands and was released on vinyl internationally via Kindred Spirits/Rush Hour. His second album I Love You (2005) was also warmly received around the world. The famous BBC DJ Gilles Peterson became a fan and Benny's song ?Little Donna' became a hit in France on Radio Nova. A small tour through Europe followed, and he also made headway into Japan. With his third album Benny? at Home (2007), Benny was already an established name and rave reviews started to come out of the US, including a front page piece on www.okayplayer.com (which as the website of Questlove and The Roots rates as busiest hip hop site on the planet).

And now there's Art. It's a shame that the term ?Pop Art' already exists. It could have been the perfect name for the genre that Benny Sings has unconsciously invented.

The Best Of Benny Sings