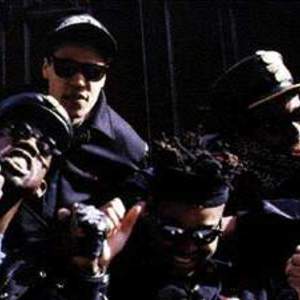 24-7 Spyz (pronounced "twenty-four-seven spies") are a crossover band from the South Bronx, New York City, formed in 1986, originally consisting of Jimi Hazel (guitar), Rick Skatore (bass), Kindu Phibes (drums), and P. Fluid (real name, Peter Forrest) (vocals). The fact that they were African-Americans playing variations of heavy metal and punk along with rhythm and blues, soul, and hip-hop led critics to compare them to bands such as Living Colour, Bad Brains, and Fishbone. The band is best known for mixing soul, funk, reggae, and R&B with heavy metal and punk music.

Though they were pioneers in the fusion of rap and heavy metal, influencing many bands, they have never achieved substantial commercial success. The band broke up in 1998, but reformed in 2003 before releasing their first new album of original material in over a decade in 2006, entitled Face the Day. It is available at www.24-7spyz.com. The band members are: Jimi Hazel (lead vocals & guitars), Rick Skatore (Bass & Vocals) and Tobias Ralph (Drums & Vocals).

The Soundtrack To The Innermost Galaxy

Can You Hear The Sound?

Heavy Metal Soul By The Pound