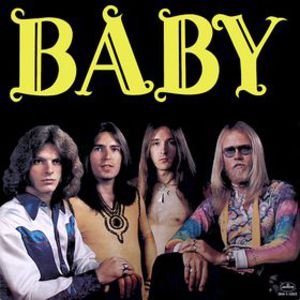 There are at least 4 artists with the name Baby 1. A rapper from Louisiana, United States 2. A southern rock band from Texas, United States 3. A rock band led by Nick Dillon 4. the side project of Shudder to Think singer Craig Werden 1. Bryan "Baby" Williams. (born February 15, 1969) better known by his stage name Birdman, is an American record executive and rapper from New Orleans, Louisiana.

In 1991, Williams and his older brother Ronald "Slim" Williams founded the hip-hop label Cash Money Records. Earlier in his career, he used his first moniker B-32 (Baby With The 32 Golds) and released his only independent album I Need a Bag of Dope in 1993. Years later, under the moniker "Baby", Williams recorded a number of albums with producer Mannie Fresh as the Big Tymers and performed as one of his own label's solo acts. Williams' most recent record, 5 * Stunna, was released on December 11, 2007.

2. Baby was a southern rock band from Texas. The band was signed to Lone Starr Records in the mid 1970s. They got the attention of the executives at Mercury Records based on their regional album sales in Texas. The album was remixed and re-released in mid 1975 on Mercury. Baby had a legion of fans in the Midwest and South in 1975-76 and headlined venues like the famed Surf Ballroom in Clear Lake, Iowa while generating regional radio airplay on the band's first single, ?(It's Another) Saturday Night?.

The band made just two albums; the self-titled album and the follow-up album called Where Did All The Money Go? released on Chelsea Records in 1976. The second album's title, Where Did All The Money Go?, summed up the feelings for the band that seemed poised for success similar to what other southern rock artists like Lynyrd Skynyrd and the Marshall Tucker Band were having in the mid-70s, but the success never came for them.

After low sales of Where Did All The Money Go? and a lawsuit with John Waite and The Babys over the rights of the name ?Baby(s)?, the band quit.

Guitarist, songwriter and vocalist Johnny Lee Schell went on to play on the Grammy winning album Nick Of Time from Bonnie Raitt in 1989. He has played with some of the world's biggest names and continues to produce, write and contribute to many blues-based artists as well as his own solo projects. Recently, Schell's guitar work was with Barbara Blue and her latest blues album, Memphis 3rd And Beale.

1975: Baby (Lone Starr Records, Mercury Records)
1976: Where Did All The Money Go? (Chelsea Records)"
from http://elblogdearchi.com/

3. A band brought up on emotive lyrics and melancholy rock riffs gave breath to a soothing throb. Baby bringing literary element to songwriting and shoulder dropping breaks between guitar and drum birthing hopes to remind us all what its like to feel again. There seems to be no end to Baby, though i see nothing child like anywhere. Nick Dillion being the singer/songwritter and main guitarist there is without a doubt a full life of auralsex to come.

4. Craig Wedren is the former lead singer of Shudder to Think and now the lead for the newer pop-mash project, "BABY". This not to be confused with the other Baby.