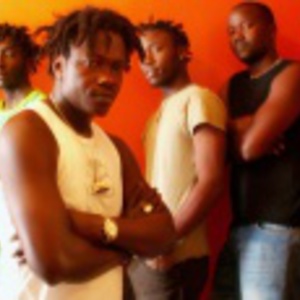 Ba Cissoko's music is firmly grounded in the tradition of Guinean kora music, whilst embracing a wide array of modern influences. It is for this reason that his music is loved by old and young alike in his homeland. The sound is definitely new, which appeals to the younger audience. Yet the older generation of Guineans love it for its strong acknowledgement of their traditional music. Ba was born in 1967 in the west African state of Guinea-Bissau.

Ba was born in 1967 in the west African state of Guinea-Bissau. Although his father was a prominent kora player with the Djoliba ballet, Ba seemed to show no interest in the instrument which he considered old-fashioned. When Ba was 14, obsessed with football and struggling at school, his uncle and kora maestro M'Baty Kouyat? offered to teach him the instrument. Ba's musical education involved touring local villages to play at weddings and baptism parties as well as tours to neighbouring countries. After his initial disinterest in the kora, Ba's enthusiasm finally was sealed when he encountered other teenagers studying the instrument at a kora school in Casamance, Senegal. He spent several months at the school, learning kora tradition.

In 1983 Ba joined the National Children's Theatre in Conakry, Guinea where he continued his apprenticeship. Two years later he joined the National Instrumental Ensemble of Guinea which was directed by M'Baty Kouyat?. However, Ba was keen to perform his own compositions and he left the group after six months. After an initial struggle to find regular work in hotels and restaurants, he was invited to play at a hotel where he expanded his repertoire by playing requests for guests, switching between blues, jazz, reggae and pop.

Ba formed Tamalalou (The Traveller) in 1992 with Gilles Poizat, a French soldier doing his military service in west Africa. The group performed in Guinea and several times at the French festival Nuits M?tisses.

When Tamalalou split up in 1999, Ba joined forces with M'Baty Kouyat?'s sons Kourou and S?kou, and the trio began working under the name Ba Cissoko. Ibrahim Bah, a street child in Conakry who played djembe on the city's beaches, was later recruited as a member of the group. S?kou Kouyat? plays electric kora, tamani (talking drum), balafon and djembe; Kourou performs on bolon (African bass), electric bass and kora. Ibrahim Bah is the group's percussionist. Their songs draw from reggae, blues and rock, and the lyrics are in Guinean languages Malink?, Susu and Peul.

Ba Cissoko released their first album, Sabolan (Marabi) in October 2003. They performed at WOMEX in 2004 and made it through to the finals of the RFI World Music Awards in the same year. They were nominated in the Newcomer category of the BBC Radio 3 Awards for World Music in 2005.

The kora is reputed to be one of the most complex and difficult instruments to play. It is made from half a calabash gourd which is covered with a cowhide that stretches over the open half of the gourd, which is then left in the sun to dry tight and hold the handposts in place. A hardwood post runs through the calabash and the strings are attached to this. A tall bridge mounted on the skin face separates the strings into two planes. The musician supports the instrument with the third, fourth and fifth fingers and plays the notes with the thumbs and forefingers of both hands. There are 21 strings in a traditional kora, but a 22-string kora is common in the Yenyengo ('get up and dance') style. In the Cassamance region of southern Senegal, where Ba Cissoko studied, the kora can have 25 strings.