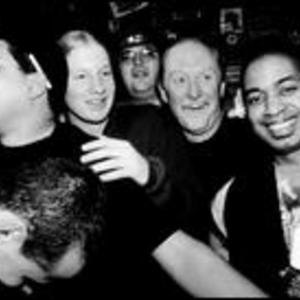 During one of the Allman's lulls in activity during the mid-'90s, Butch Trucks decided to put together a side project that would allow him to play with his nephew (and future Allman Brothers guitarist), Derek Trucks. The elder Trucks called the group Frogwings, additionally recruiting Aquarium Rescue Unit members Oteil Burbridge (bass, vocals), Jimmy Herring (guitar), and Count Mbutu (percussion), Allman Brothers percussionist Marc Quinones, plus keyboardist John Herbert and vocalist/guitarist Edwin McCain.

The band performed club shows through 1997, and by the next year, Mbutu had left and Herbert had been replaced by yet another Aquarium Rescue Unit member, keyboardist/flutist Kofi Burbridge. Frogwings was becoming a hit in festivals and among the jam band circuit, yet still hadn't released a CD. But when McCain departed to focus on his solo career and Trucks recruited Blues Traveler frontman John Popper, the drummer knew he had the Frogwings lineup to record for his fledgling Flying Frog Records label.

The 2000 live CD Croakin' at Toad's showcased Frogwings at its hard-to-categorize best. Extended instrumentals like "Kick n Bach" hint at the Georgia jazz fusion of the Aquarium Rescue Unit; jamming numbers like "Pattern" show an Allman Brothers influence, and Popper's vocals and harmonica are reminiscent of Blues Traveler on "Ganja." The blazing Herring and youthful Trucks (equally adept at slide guitar and fingerpicking) blend their strengths nicely; Popper and bassist Burbridge (also with the Allman Brothers now) provide additional firepower, and keyboardist/brother Burbridge, Quinones, and Trucks man the foundation of an uncategorizable jam band for the new millennium.