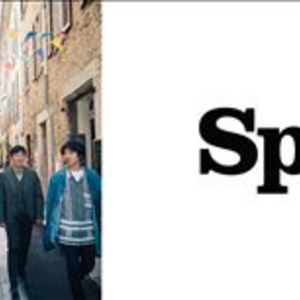 Spitz (????) is a rock band from Japan musically influenced by artists including The Beatles and Donovan. Their d?but album, Spitz, was released in 1991. The group shot to fame following the release of their sixth album, Hachimitsu in 1995. Many Spitz songs were selected as theme songs for a number of TV dramas, animes, and movies in Japan, and they were also frequently adopted in TV commercials. Their 8th single, ?Sora mo Toberu Hazu,? (released 1994, million-seller) has been a popular choice of music for graduation ceremonies around the country.

Kusano came up with the name of the band. He was said to be fond of words that include the ?sp' sound - such as ?special? and ?crispy?, and searched for another word with that sound in a dictionary. The name also reflects the band's origin as a punk group - its music back then was somewhat like a Japanese Spitz dog, characterized by its loud and forceful barking.