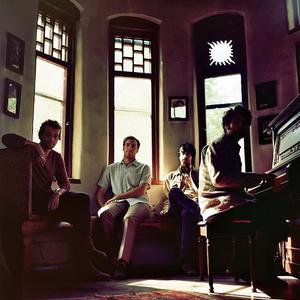 Allah-Las formed in Los Angeles in 2008 around a mutual love for records, Los Angeles history, and the beach. They are all surfers and cover the city from the East Side (Mt. Washington) to way out West (Venice Beach) - and their sound reflects the geography of the city. The group consists of Miles Michaud, singer and guitarist, Pedrum Siadatian, electric guitar and vocals, Spencer Dunham, Electric Bass and vocals, and Matthew Correia, drums, percussion and vocals.

Since coming together as a band, they have cut their teeth playing numerous California dates with groups like Entrance Band, Tyde, Tijuana Panthers, and the Growlers, and have garnered the approval of original UK Psych founding-father Patrick Campbell-Lyons (Nirvana). In the Los Angeles musical community, they have gained a reputation as a laid-back, grooving band with strong ties to the authentically LA-centric sounds of bands like the Byrds, Love, and early Captain Beefheart.