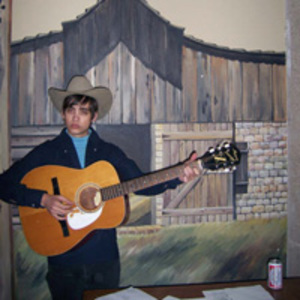 Austin, TX's The Strange Boys evoke a wild-eyed, porcelain-skinned innocence that is capable of summoning the wayward spirit of Brian Jones. The mystery of the South couples with the mastery of rhythm to create a sound completely timeless and familiar, yet absolutely raw and avant-garde. Greg Enlow's syncopated, organ-driven grooves hark back to The Seeds' Pushing Too Hard while guitarist Ryan Sambol's voice wavers beyond comparison. Older brother Philip Sambol keeps the pulse with the aptly named Matt Hammer, who unmercifully pounds an old Ludwig set.

The Strange Boys began as a duo (Hammer and the younger Sambol) in 2003. The other two joined in 2005 and the band has been on tour non-stop ever since. Since 2003 the Boys have recorded a wealth of material which was passed around at shows and to friends, but never officially released. In 2007, Dusty Medical Records put out the Nothing EP, and in 2008, In The Red released the Woe Is You And Me single. Now, finally, the band's proper debut album is seeing the light of day. It's easy to imagine The Strange Boys and Girls Club, a sixteen-track beast, blasting out of any stereo system between The Psychedelic Sounds of The 13th Floor Elevators and Wire's Pink Flag.

The Strange Boys were the backing band for Mighty Hannibal (the '50s R&B recording artist); were main support for Roky Erickson and The Explosives at the Chaos in Tejas festival; have played South by Southwest the last four years, the Fuck Yeah Fest the last three years, Austin City Limits, Festival in Music Fest Northwest, and Bamalama (all in 2008); shared bills with Daniel Johnston, Black Lips, Reigning Sound, The King Khan And BBQ Show, Jay Reatard, Mika Miko, No Age, and BRMC; have toured with The Black Angels, Fucked Up, The Carrots, and Crystal Antlers[a/rtist]; and will tour with Darker My Love and Mika Miko in '09.?

In 2010, Indierockcafe.Com listed Austin indie band The Strange Boys Be Brave, LP on their "Best Albums of 2010 (So Far)" and "Artists and Bands" favorites list.