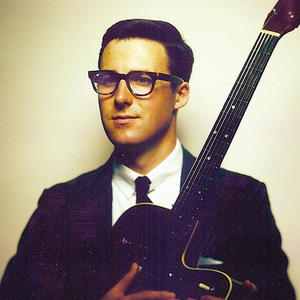 Nick Waterhouse plays rhythm and blues music like it's new again - raw and rhythmic and vital, without irony and shy of revivalism. Conceived in the bedrooms, MUNI commutes, and DJ booths of San Francisco, and finally birthed in his native, all-analog studio in Southern California, the self-produced 45 single Some Place has caught the ear of the modern listener. After a sell-out pressing and coverage from the likes of The San Francisco Chronicle, LA Record, Aquarium Drunkard, and XM Sirius radio - including play on Lou Reed's own show - He has taken to performing.

With The Tarots, a rough n' ready group of guys and girls, The two-horn, three-girl and rhythm section ensemble brings to life the sax-driven sound of Waterhouse's particular brand of american music.

Hard, gritty, and one-of-a-kind, ?Some Place? is backed by impressive old school sax, pounding drums, and Waterhouse's energetic and unpolished yelps and screams. Recorded to tape, mastered in Mono and cut on the Gold Star Studios (Phil Spector/Beach Boys) master lathe, ?Some Place? offers as a harbringer for the NEW sound from California.

Is That Clear (CDS) (Vinyl)