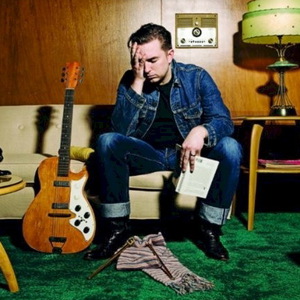 Sometimes the most American of settings can reveal the deepest artistic talents the world has ever known. Johnny Cash on the farms of Arkansas, Mike Ness on the mean streets of Los Angeles, and a skinny kid from the ghettos of Tupelo named Elvis who happened to be brimming with soul. JD Mcpherson is one of those talents cut from that same artistic cloth. Growing up in southern Oklahoma, Mcpherson, the progeny of an ex-military, farming father and ?good word? preaching mother, Mcpherson had an intriguing childhood and those influences shine blissfully through his music.

His sound is raw it feels old, like the hum of a 50's convertible cruising the back roads of the Mississippi delta, but it's new and innovative.While most kids from the sticks heros were rodeo stars and country singers, Mcpherson heard the liberal screech of The Talking Heads and Bad Brains and let it empower him. But the allure of the American Roots Music scene is what made his musical mouth salivate. The honest troubadours of song that roamed from honky tonks to back alley bar rooms that machine gunned a town every night, one song at a time.