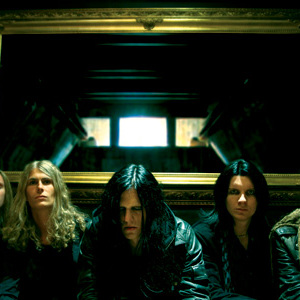 There are numerous bands by the name of Avatar who share this page. Only in metal there are at least six of them. 1. The Swedish metal band, Avatar was formed in Gothenburg in 2001 by drummer John Alfredsson and vocalist Christian Rimmi as Lost Soul. After several changes in the line-up, Avatar now consists of John Alfredsson (drums), Johannes Eckerstr?m (vocals), Simon Andersson (guitar), Jonas Jarlsby (guitar) and Henrik Sandelin (bass).

1. The Swedish metal band, Avatar was formed in Gothenburg in 2001 by drummer John Alfredsson and vocalist Christian Rimmi as Lost Soul. After several changes in the line-up, Avatar now consists of John Alfredsson (drums), Johannes Eckerstr?m (vocals), Simon Andersson (guitar), Jonas Jarlsby (guitar) and Henrik Sandelin (bass). Their first demo was released in spring 2004, and after two years their first full-length reached the stores. After the release they headed out on tour with Evergrey which was a huge success, and after that they were invited to the In Flames Sweden tour 2007, which also was a huge success, right now we are waiting for the second full length album that?s going to be released the 26th of November namely "Schlacht".

2. The Belgian Symphonic Black Metal band Avatar, incited by drummer Azagdaimon was formed in 1992. They released the "Emperors of the Night "(demo) in 1994 and Memoriam Draconis(Full-length) in 1996.
Avatar shared stages in Europe with Cradle of Filth, In The Woods and Dimmu Borgir.
The band recorded a second full-length that was never released and split-up shortly after.
They had a deal with Dutch Displeased Records for the release of the album, but after the recordings, Displeased blew off the deal.

The band resurfaced in 1998 sporting an all new line up. Alongside longstanding members vocalist / guitarist Jeroen van Gorp and keyboardplayer Ivan Op De Beeck , Avatar introduced Klaartje Keppens on female vocals and bassist Stijn Buys.
They recorded a new album again and shortly after, they recuited Chris Heylen on drums, who was playing drums in ?In de Schaduw' at that time.
But the new album was also never released and the band decided to make a drastic change in their musical directions, this time in a more ?Sisters of Mercy' kind of way and went on for some time under the name ?The Avatar', recorded and released one album before they split up again.
__________________

5. Avatar is also one of Krister Linders ambient side projects.

6. Avatar is also Avichay Avigal and Martin Cooper projects. Most important with track Kabal on Goa Gil: Forest of the Saints

8. Avatar is also the name of a jazzy dub project led by James Kennedy, hailing from Tralee, Ireland.

12. Avatar from Romania. The band was formed in 1995 by Dan Scurtu (guitar), Marius Popeanga (vocals and drums), and Andrei Nemes (bass). They soon recorded their first demo, Orgiastic Ceremony. The following year Mihai ?Bryzby? Petrescu joined the band on keyboards, and they recorded their second demo, Holy Infection. In 1999 they signed with Bestial Records. The following year Alin ?Cocozoi? Deca joined the band as the second vocalist, and Cornel Tudosie replaced Nemes on bass. This lineup recorded and released the band's first album, The Alchemist. After releasing their first video, ?Inner Alchemy?, in 2001, the band had another lineup change: Marian Calin took over on drums and Catalin Branzan replaced Tudosie on bass. From 2002 to 2004 they performed at various metal festivals in Romania, Serbia, and Austria.

In 2005 Avatar recorded the promo Cyclops and later they started a tour called ?Avatour? through Germany and Austria; the Salzburg concert was recorded and released as Live on Mozartstrasse. Later that year, Victor Manescu joined the band as second guitarist. In March-April 2006 they recorded the EP Tentacles, which was released in July 2006 under the Metalfan Records Division label, and they also released a video of the song ?The Deepest Corner of the Mind.? They later embarked on a new tour throughout Europe. 2007 was a busy year for Avatar, with concerts all over Romania. In May they represented Romania at ?The Cultural Days of Bucharest in Wien?; on July 12 2007 they performed in Bucharest as the opening act for Sepultura. After Victor Manescu left, a new guitarist, Catalin Diaconu, joined the band. In 2008, The Avatar band members performed at the ARTMANIA INTERNATIONAL FESTIVAL, from Sibiu, Romania, on the stage with prestigious names such as Lacrimosa, Atrocity or Gamma Ray. At the end of the year 2008, the Avatars offered to their fans a preview of their next album, which will be released in 2009, the single and the video Pendulum.

14. Avatar is an US Underground HipHop Emcee from Los Angeles .

15 - Avatar are a Thrash Metal duo from Trinidad and Tobago influenced by early Metallica, Kreator and NWOBHM. Regarded as one of the best metal bands in Trinidad.

The King Live In Paris