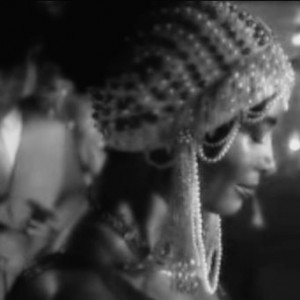 T?ta Vega (born Carmen Rose Vega on October 7, 1951, in Queens, New York) is a vocalist whose career spans theater, film, and a variety of musical genres. Growing up in the Panama Canal Zone, she was surrounded by the sounds of Latin music while developing a vast appreciation for the sounds of rhythm and blues. Gospel, rock, folk, country and any other music that Tata could hear would also affect her in their own individual way.

Growing up in the Panama Canal Zone, she was surrounded by the sounds of Latin music while developing a vast appreciation for the sounds of rhythm and blues. Gospel, rock, folk, country and any other music that Tata could hear would also affect her in their own individual way.

By the age of sixteen, it was apparent that Tata was destined for a career in the music industry. She moved to California and made her way into the musical Hair. While in Hair, she met Dobie Gray (known for his international smash "Drift Away") who invited her to become a part of a counter-culture band called Pollution. After two albums with Pollution, Tata joined another band, Earthquire, who would sign a deal with Natural Resources, a division of Motown. As lead singer, songwriter and percussionist with the band, Tata's talents were immediately noticed by Motown who signed her as a soloist on the Tamla label.

As a soloist with Motown, Tata released four critically acclaimed albums (Full Speed Ahead, Totally Tata, Try My Love, Givin' All My Love). These four albums covered every musical territory possible: southern soul, disco, gospel, jazz, funk, country, Latin and doo-wop. Tata also scored two international hits ("I Just Keep Thinking About You Baby" and "Get It Up For Love") which topped charts in both America and Europe. These songs were so contagiously funky that some critics dubbed her "the godmother of funk".

Following her tenure at Motown, Tata maintained a hectic schedule as a studio singer while simultaneously moving into gospel music. She became the cornerstone of Andra? Crouch's back-up group and began touring with him internationally. Throughout the eighties she sang back-up for artists such as Russ Taff, Randy Stonehill, Leslie Phillips, Stevie Wonder, Madonna, Michael Jackson, Chaka Kahn, Patti LaBelle and countless others.

Perhaps the pinnacle of the eighties for Tata was being the voice of the infamous Shug Avery in The Color Purple. This recording led to an Oscar nomination and performance, followed by other motion picture soundtracks including The Lion King, Amistad, Forrest Gump and others.

Despite all of the success in mainstream entertainment, Tata 's heart has remained in the gospel music medium. Tata signed with Quincy Jones' Qwest Records in 1998 and released her long-awaited gospel solo debut, Now I See. The album was birthed from her life experiences and testifies of the salvation, mercy and devotion of God. The album was also critically acclaimed and earned a Stellar Award nomination.

As a single parent she has had to balance the demands of her ministry and motherhood, yet Tata maintains a simplicity and sweetness that has endeared millions of people around the world. Her fan base spans the United States to Sweden to Japan. No matter the cultural surrounding, Tata carries an indescribable something that everyone can relate to. Tata says, "I just want to encourage the average joe...because that's who I am. I want to tell people to have faith in God and to have dreams. God has a plan for our lives and that's what's carried me through life. I know that He gave me something to share...and I'll never stop dreaming."

Givin' All My Love (Vinyl)