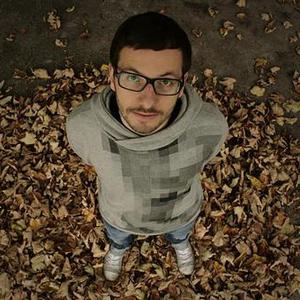 Marek Hemmann has grown into the electronic music as a hunter, collector and true connoisseur of tones and sonics. It all began in the beginning of the 90's with a guitar whose sonic spectrum was far too limited for him. The discovery of the samplers and the synthesizers suddenly opened new possibilities where the acoustic world could be conserved; it was now possible with sound and noise on synthesizers to create what the human ear has never before experienced.

The reason for the sonic passion was delivered to him via the techno parties late 90's in his home area of Gera which was soon a weekly anchor for electronic experimentation. Here was to be found deep and delightful connections with people, rhymes, light and sounds. Until the first live gigs would come just a few years later, he made music for himself and his flat mates. This emboldened him to eventually begin to play his music live, leaving behind self-doubt and found with his first gig his calling as a live act. From then on he refined and improved his sets from which grew the distinctive Marek Hemmann sound; a sound with a minimum on technique but rather a very wide diversity of noise and tonal sensibility. The result is a substantially reduced electronic dance music which having a solid house foundation orbits its original state. Deep bass meets voice fragments, shakers, and percussion carry the rhythm; a funky minimal techno with plenty of space for other musical elements. Always on the search for the perfect groove and catchy melodies which fit snug and comfy in the ear. Since 2005 Marek Hemmann lives in Jena where his home, studio and label are in the immediate vicinity. Here he has the required distance for travel on the weekends, the locale allows for inspiration from the student life, and his creativity to flourish. After innumerable remixes and a handful of singles, in fall 2009 his debut album ?In Between' will be published on the label Freude am Tanzen.