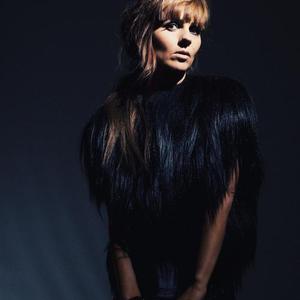 Anja Schneider is a label founder and internationally renowned DJ and producer. After getting her start as a producer for KissFM and Fritz Radio, Anja quickly became a radio persona herself with the inception of her now legendary Dance Under the Blue Moon show in 2000. After producing and releasing her first tracks in 2004, Anja joined forces with Ralf Kollmann and founded mobilee records shortly thereafter.

After producing and releasing her first tracks in 2004, Anja joined forces with Ralf Kollmann and founded mobilee records shortly thereafter. Within the year she had signed acts such as Sebo K and Pan-Pot and released her own track ?Rancho Relaxo? in collaboration with the former. As a producer Anja has continued to progress in her own right, releasing her debut LP Beyond the Valley to critical acclaim, with tracks such as ?Belize? and ?Safari? bombarding charts and dance-floors worldwide. Furthering her unique interest in collaborative producing, Anja's list of studio partners has grown to include the likes of Paul Brtschitsch and, most recently, Lee van Dowski. Alongside her original productions, she has released an extensive string of remixes for labels such as Dessous, Crosstown Rebels, and Diynamic.

Her label mobilee has grown into a close-knit collection of producers including Sebo K, Pan-Pot, GummiHz, Marcin Czubala, Exercise One, And.id, Miss Jools, and Dan Curtin, and recently hit its 50th release benchmark.

Anja has made her mark as a regular at the world's most renowned clubs such as Fabric, Fuse, Rex, and Goa Madrid and has held residencies at Berlin's own Weekend and Watergate.