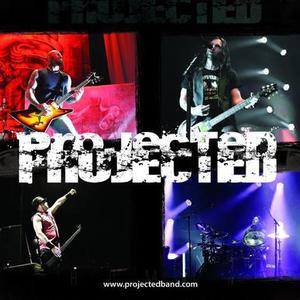 Projected is an American supergroup consisting of Sevendust members John Connolly and Vinnie Hornsby, Alter Bridge and Creed drummer Scott Phillips, and former Submersed guitarist Eric Friedman. According to Blabbermouth.net, the band has entered the studio to record its debut album. The band has been compared by frontman Connolly to Foo Fighters and A Perfect Circle. Projected have completed work on their debut album, "Human". Official Projected release date is Sept 18th.