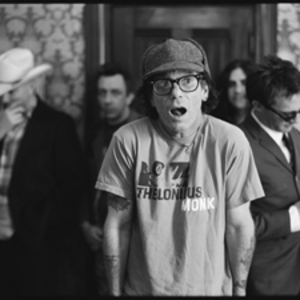 Thelonious Monster is an alternative rock band from Los Angeles, California. They formed in 1986, led by singer-songwriter Bob Forrest. They were a popular live attraction in the underground rock clubs of Hollywood in the 1980s and put out a series of critically-acclaimed albums, but never achieved major commercial success. Their name derives from the name of the famous jazz musician Thelonious Monk.

Members included Forrest on vocals; bass player Jon Huck, guitarists Chris Handsome, Dix Denney and Mike Martt, and drummer Pete Weiss. In 1988, guitarist John Frusciante auditioned for Thelonious Monster, and in the band for only three hours, after which was asked to join the Red Hot Chili Peppers because they were so impressed by Frusciante's musical ability.

After several years of sporadic activity and side projects by Forrest, Thelonious Monster reunited in 2004 at the Coachella Valley Music and Arts Festival in Indio, California and at the Sunset Junction Street Fair in Los Angeles, and released their first new album in 12 years. California Clam Chowder would feature guitarist Josh Klinghoffer, who was also a member of Forrest's short-lived band, The Bicycle Thief. Klinghoffer would eventually go on to replace John Frusciante in the Red Hot Chili Peppers.

In 2009 Thelonious Monster reunited for their first shows in five years. The band played a show at The Echo in Los Angeles as a warm-up for dates on Warped Tour, and a show at Pappy And Harriet's in Pioneertown, California.

Former members of Thelonious Monster will be featured in the 2011 documentary Bob and the Monster, which details the life and career of Bob Forrest.