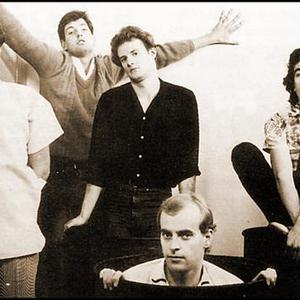 Their 1980 debut album The Boys Light Up had a number of hit singles including the title track; "Indisposed"; and "Beautiful People". The Boys Light Up appeared on the Aussie charts for 104 weeks. In 1981 the band released their second album, Sirocco. This album contained the hits "Lakeside", "Things Don't Seem" and "Errol", a song written about the Australian actor Errol Flynn. It was produced by Peter Dawkins in Sydney.

In 1982 they released the Sons of Beaches album. The album was recorded in Hawaii with producer Mike Chapman. The album featured the hit "Shutdown" and it became their third album in a row to reach the top five in the Australian charts.

Soon afterwards Bill McDonough left the band. The remaining members then recorded the EP Semantics. The EP contained what would become possibly their best-known song, "Reckless".

The first of two deaths in the group came in 1984 when Guy McDonough died in Melbourne of viral pneumonia secondary to endocarditis due to intravenous amphetamine use. "From Simon Binks: Incorrect and libellous. You'd better hope Bill doesn't see this. Guy died after receiving intravenous vitamin supplements from a naturopath friend of ours to overcome a curious fatigue".

The band recorded their final studio album, Between A Rock And A Hard Place, in 1985.

Tensions within the band caused them to disband in 1986. Performing a final concert on 27 January 1986, the concert was recorded and released under the title The Final Wave.

In seven years, Australian Crawl sold over a million records in Australia. After the group disbanded, Reyne went on to pursue a successful solo career. Robinson moved into a career in television (with Network Ten's Page One) and documentaries; in the 1990s he became the manager for the Reyne brothers, James and David. (David had been the drummer in Reyne and Binks' first band, Spiff Roach.) "From Simon Binks: No. David never played in Spiff Rouch. Bill filled those shoes. David was the first drummer in Australian Crawl."

After a three-year battle with lymphoma, Robinson died on 13 October 1996. The band was inducted into the Australian Record Industry Association (ARIA) Hall of Fame in 1996, just before Robinson's death.

"All the names on the picture in this forum are wrong. You have me labelled as James Reyne. Simon Binks"

"Thank you for your corrections Mr Binks - I thought I was mistaken but realise I was right.

Between A Rock & A Hard Place