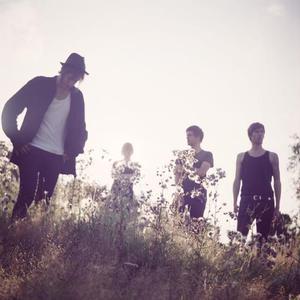 There's no such thing as a key to success, but recording your debut Borders in Kaiser Chiefs' studio in Leeds, getting it mastered by John Davis (U2, Arctic Monkeys, Snow Patrol) and sharing the stage with the likes of Razorlight, My Chemical Romance and The Wombats, definitely make up for a good start. In 2011 this success is starting to pay off. After playing the Eurosonic/Noorderslag festival in January 2011, (popular music magazine OOR: ?One of the best bands of the Netherlands?) things started rolling for Kensington.

After playing the Eurosonic/Noorderslag festival in January 2011, (popular music magazine OOR: ?One of the best bands of the Netherlands?) things started rolling for Kensington. The band performs in prime-time TV talk show ?De Wereld Draait Door' and embarks on a headlining No Borders tour throughout Holland. They sell out venues such as Paradiso (Amsterdam), Rotown (Rotterdam) and Tivoli (Utrecht), and a concert review by 3VOOR12 (leading online music magazine) speaks of ?international standards?.

With their latest single Let Go, which was recorded in Berlin and mastered in New York, the band's ascent continues. Radio 3FM (one of the largest Dutch radio stations) starts playing the song the day after the band returns from the studio and the song quickly reaches ?3FM Megahit' status, resulting in heavy airplay. A second headlining tour is announced along with a long list of summer festivals. Furthermore, the band is nominated for 'Best newcomer' at the 3FM Awards 2011. In two years time, Kensington have established themselves in the Dutch music scene.