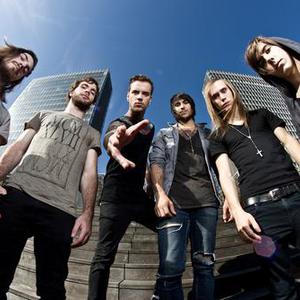 Betraying The Martyrs is a 6 piece Metalcore/Deathcore band from Paris, France with a new and refreshing attitude to modern metal that is certain to take the music scene by storm. The original line up, established in December 2008 consisted of a group of open minded individuals, whose only goal was to write punishing tracks, deliver an astounding live performance and portray a good image with a new message of positive thinking and good morals. Their first track was recorded in February 2009 in Paris by famous metal producer St?phane Buriez.

The first EP, "The Hurt, The Divine, The Light", released on the 18th of November 2009, received great response and success and allowed to the band to tour the UK, France, Belgium, Luxembourg and Switzerland further promoting their music. Now sold out in 90% of the stores, this first CD created a real buzz in the European continent and brought a huge fan-base to the band.

In 2011, there were some big changes for the band. Since former guitarist (Fabien) and singer (Eddie) have left the band, they have been replaced by guitarist Lucas and vocal import Aaron. A brand new shredding guitarist and an English born vocal monster, who's going to bring the band to a whole new international level.

They recently released a debut album called "Breathe In Life"

It is important for them to use the music they love to raise awareness on positive messages for the people out there. They are looking to help people through their songs with words and idealisms that may help people figure out who they are and what they believe in, whether it be Christianity, a new way of life, or just to help people find happiness and a good way in life for themselves.
Wherever possible BTM will be supporting positive organizations and associations throughout their concerts, and can't wait to meet open minded people that will discuss music, idealisms and beliefs with them.

The Hurt The Divine The Light (EP)